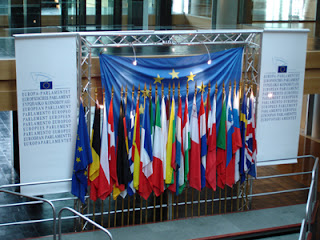 By the time the "colleagues" have finished with their smoking bans all over Europe, it looks as if the only place smoking will be permitted inside a public building throughout the whole of the EU is in … the EU Parliament.

That the parliament buildings are now havens for smokers is not for want of trying. On 1 January, the 16-strong committee of presidents actually banned smoking, only to find that the ban was extensively flouted by both MEPs and staff. Bowing to reality, therefore, the committee – which has 12 smoking members – voted to rescind the ban.

This action is hardly surprising – the parliament has always had an ambivalent attitude to smoking. The first time I ever visited the building in Brussels, way back in 1996, the first thing to greet visitors was a reception clerk sitting under a "no smoking" sign, with a cigarette on the go.

Now, the Sunday Times has picked up the story and records Deborah Arnott, director of the antismoking campaign group, Ash, describing the latest decision as "scandalous". "There can be no justification for politicians to place themselves above the law and it makes a mockery of the commission's proposals for an EU-wide smoking ban," she says.

One unrepentant rebel is UKIP leader Nigel Farage who told The Times: "I have been ignoring it since January 1 and I have smoked in more places than before. I don't want to be told by PC people what I can and cannot do." But then, as both the Sunday Times and the Sunday Telegraph record today, Farage leads a party that is no stranger to rule-breaking.