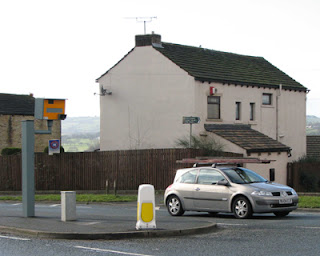 It is too early yet to focus the blame on anyone in particular but, if there are any officials with brains and a sense of self-preservation in the EU commission's transport directorate, they will be looking very closely at the latest figures for road deaths in the UK.

These have been released by the Department for Transport and indicate that, in the 12 months to September last year, these deaths increased to 3,210, compared with 3,177 in the same period a year earlier. Much of the rise was concentrated in the summer months between July and September, when 840 people died on the roads, compared with 818 in the corresponding period in 2005 - up three percent. During that time, the number of fatal accidents rose by five per cent, from 745 to 780 crashes.

It is Kevin Delaney, former chief of the Metropolitan Police traffic division and now head of road safety at the IAM Motoring Trust who is sounding the alarm, declaring that, "Any figures that show an increase against a downward trend ought to be ringing alarm bells in Whitehall, in local authorities and in police headquarters."

Typical of his kind though, he does not seem to have appreciated that the European Union has, since 1991, gained competence over road safety and has recently started flexing its muscles in this policy area.

Why the figure should be of such great interest to DG Energy and Transport is that the UK is the "safe man of Europe" with historically the lowest fatality rate of the EU 15, standing at 6.1 deaths per 100,000 population in 2001, compared with 13.8 in France and a horrendous 21.0 in Portugal.

However, it is also the UK which has bought in most heavily to the "Speed kills" message, the government focusing most of its road safety effort on this single factor.

The rot started in 1991 when the then Conservative government launched its £1 million "Road Signs" TV advertising campaign in the October. The advertisements used "travelling" road signs to illustrate the different survival rates of being hit at 20/30/40 mph, promoting the slogan: "Kill Your Speed. Not a Child". 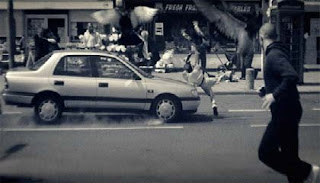 The spending continued, backing up the new slogan, with £2.5m allocated in 1995, and nearly £3m in 1996. The slogan transmuted into: "At times we all drive a bit too fast ... Kill Your Speed" and in 1966, for the first time a kill your speed "hand symbol" was designed and used in television advertisements and publicity literature. 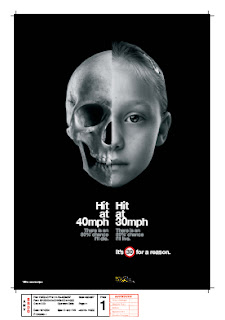 With a change of government in 1997, spending increased to £3.5m for that year, but the "Kill your speed" theme continued. Currently, the spend is £2.1m, with the campaign focusing on counteracting "the widespread public perception that smaller increases in speed will not have the same repercussions as larger ones."

But the new government did not confine itself to mere advertising. Imbued with the "Speed kills" message, in December 1999 it announced the formation of what were to be called "camera partnerships" where local authorities, the police and the courts banded together in their areas, to run speed cameras and collect the fines, the bulk of which revenue they were allowed to keep. Eight trial areas were announced which began on 1 April 2000. The trials soon became permanent and now there are (as of April 2006) thirty eight camera partnerships in England and Wales covering forty-one police force areas out of a total of forty-three.

While some will blame the effect of speed cameras, there are obviously complex effects at play, not least the fact that as robotic speed enforcement has increased, there has been, according to the RAC, an 11 percent reduction in traffic officers between 1996 and 2004. Other estimates suggest cuts of up to a fifth in some forces between 1999 and 2004.

Furthermore, there has developed a kind of motoring "underclass" of two million drivers who evade camera fines by driving unregistered and uninsured vehicles. 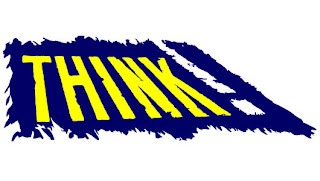 Then, others – such as campaigner Paul Smith, founder of Safe Speed – argue that the emphasis on speed and an over-reliance on cameras for enforcement is making our drivers worse. Speed cameras and "speed kills" policy is badly affecting driver skills and driver attitudes, he says. "Drivers are so concerned about getting a speeding ticket that they are less likely to concentrate on the road ahead."

With opposition to speed cameras quite clearly growing, the EU has thus walked into a situation where, progressively, it is taking over a road safety policy that is not only highly unpopular but also – if the present trend continues – as failure. But rather than the government being seen as turning a success story into failure, as the EU increases its profile on road safety, it will undoubtedly attract some – and then an increasing amount – of opprobrium.

This is something we pointed up in April last year, when the EU commission had signalled its intention to take a much greater role in road safety.

But what signals in turn the inevitable failure of the commission - which has set as its target the reduction of read deaths across the EU in the ten years to 2010 – is an evaluation of the variations in road death rates across the UK.

In Glasgow, for instance, deaths have increased but the toll is in the number of elderly people knocked down and killed. This has almost doubled in a year, with Glasgow City Council reporting 11 pedestrians over 60 dying as a result of road traffic accidents in 2006. The year before, the total was six. The elderly deaths helped to push the overall death toll from road accidents in the city up to 18 pedestrians from 13 in 2005.

In Mid Devon, there is also a doubling of road deaths, with 11 people dying. The police report the single most frequent problem involved drivers or motorcyclists losing control while negotiating bends.

North Yorkshire, however, reported road deaths down by a fifth and, in this county, the success is put down to "an increasingly successful campaign" to drive down the number of fatalities after a concerning rise in deaths, especially among bike riders. Road deaths fall from 85 in 2005 to 68, while fatalities among motorcyclists have been reduced by 38 per cent – 13 died last year, compared with 21 in the previous 12 months.

Shropshire also bucked the rising trend, with 23 people dying in the year, compared to an average of 27 deaths per year between 1994-8. But the police were not abler to offer any specific reason for the fall.

The point here is that the actual causations of deaths throughout the UK are likely to differ significantly from area to area, so control strategies will also have to be different. Even in the UK, away from the "Speed kills" mantra, there is no "one-size-fits-all" quick-fix answer to road safety. For the 27 member states of the EU, the picture is even more varied, making road safety even less amenable to centralised EU treatment.

For the commission, therefore, the UK experience should serve as an early warning of what happens if its gets it wrong. Not, of course, that it will.