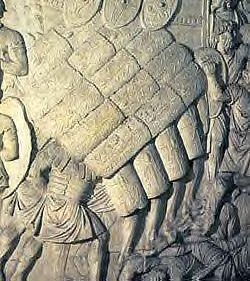 Back to those Latin lessons and the innumerable battle formations that the Romans insisted on writing about.

Because Caesar's self-serving screeds were the first literary text pupils read in my day we all had to learn a huge amount about military tactics, the Roman army's structure and, of course, that never to be forgotten tortoise - testudo, testudinis (f).

And, as every school child knows, the Romans tended to divide conquered territories into three parts, calling them, according to that work of genius, "1066 And All That", weeny, weedy and weaky. 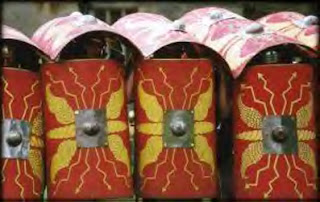 Various pictures of it in the posting, a bas relief, a diagram to show how it worked and a modern recreation, though possibly the police defending itself from stones and burning rags in the first two Notting Hill Carnival riots may make a more interesting comparison. 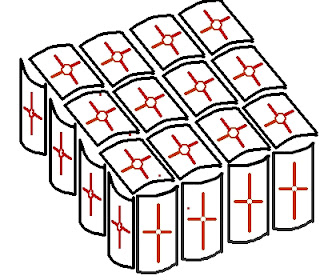 I understand from my colleague that part of the British counter-insurgency fight is still a form of that tortoise. Which just goes to show that you cannot outdo the Romans in military matters.
Posted by Helen at 12:03