A matter of urgency

In our piece yesterday - Those generals and their "toys" - we began to focus more closely on the role of the Army brass (and MoD civil servants) in the procurement of urgent equipment, needed for Iraq and Afghanistan.

What we saw was the blocking effect, where requests for kit never got through the system so that they were never presented to ministers. Because of this, forces in the field simply weren't getting the kit because it had not "officially" been asked for.

Crucial in this process is the role of the so-called "urgent operational requirement", which is the mechanism for by-passing the often slow procurement process and getting equipment where it is needed, fast.

But, to clarify how the system works, once again Lib-Dem MP Mike Hancock has put in another question to the MoD, which was answered on 23 February:

Mr. Hancock: To ask the Secretary of State for Defence under what (a) rules and (b) circumstances senior Army officers may raise urgent operational requirements; and if he will make a statement. [118887]

And there we have the key qualifier, which makes all the difference: "Subject to endorsement by the chain of command…".

Revisiting one egregious example of this, we saw on 19 November a report in the Mail on Sunday where Brigadier John Lorimer, who is to take charge of British forces in Afghanistan in the spring, had issued a "shopping list" of requirements, only to be told by "senior MoD officials" that his requests would be denied. 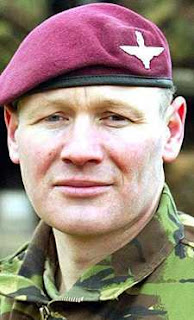 This was flagged up in a graphic (above) alongside a statement from Tony Blair who had promised "Whatever the package the Army wants, we will do", the Mail on Sunday thus arguing, through the words of an anonymous officer, that this "shows how empty Blair's words were."

In fact, as we are beginning to see, things are a lot more complicated than that. Blair's statement was addressed in terms of the "Army". However important Brig. Lorimer might be, he is not the Army and it is through the chain of command that the corporate view of the institution is expressed.

Clearly – at the time – the Army did not support Lorimer's "shopping list", although now - with Des Browne's formal statement on additional troops to Afghanistan today – it seems Lorimer is getting most of what he wants. 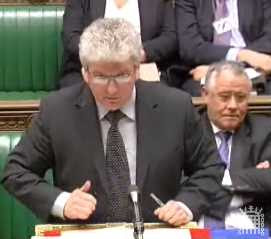 However, while this is a particularly visible example of how the system works, many are not and many decisions are being made downstream, which are not necessarily getting to the political level. Thus, it seems, we need to know more about how UOR’s work.

We need, for instance, to know when a UOR formally becomes a UOR. If a theatre commander raises one, does it become a formal, recorded document the moment it is generated? Or can it be "lost" en route or does it only become a UOR when it is approved by the chain of command?

Can a commander who generates a UOR (or what he wishes to be a UOR) be instructed to withdraw it (possibly having been told that raising it was not a career-enhancing move), whence it disappears, unrecorded, from the system?

Are there any records of the numbers of UOR "requests" generated by theatre commanders which have not been approved by the chain of command and thence have not been submitted to ministers for approval?

And, if records do not exist in any of the key areas, it would be interesting to know whether the secretary of state is thinking of setting up a more "transparent" system which will ensure traceability of documents. Ministers – to say nothing of Parliament – need to be "fully and properly informed" of requests for equipment made at all higher command levels, to ensure that there are no unnecessary (or politically motivated) blockages in the system.