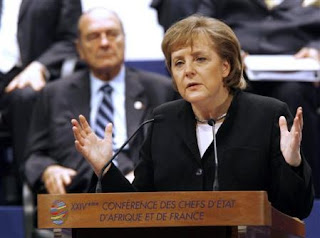 Over at England Expects you can read a disturbing account of the state of play on the EU constitution, and the role of German chancellor Angela Merkel in pursuit of a resolution to the issue.

But, whichever way you cut it, hers is a high risk strategy with only a limited chance of success and, set against that, are the risks of re-opening old wounds which emerged during the French and Dutch referendum campaigns. It is something of a mystery, therefore, as to why she should be expending so much political capital on such a hazardous venture. 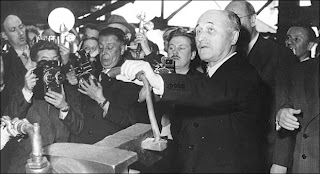 Part of the reason, however, may rest with the original reasons why the EEC was set up in the first place. And, to understand this, one must go back to 1950 when the "father of Europe", Jean Monnet, launched what became known as the Pleven Plan for a European Defence Community, held together by a European Political Community. This was to be bound together by the first version of a European Constitution, which is very similar to the document on offer today.

Monnet's action at that time was calculated specifically to anticipate Chancellor Adenauer's ambition to re-arm, building afresh a new German army. With memories of the Second World War still raw, Monnet (and indeed Adenauer) knew that the French would not permit German re-armament, except within a European framework, and that was precisely what Monnet proposed.

Ironically, in 1954 the French Assembly rejected the plan, but Adenauer still got his way, having demonstrated his European credentials. But, to reassure the French and other member states, each of the successive German leaders have had to re-affirm their personal credentials – and commitment to the "project". And now it is Angela Merkel's turn.

What is not properly appreciated in all this though is that the need for Germany to re-affirm its European credentials is more urgent and more necessary than it has been since that first affirmation by Konrad Adenauer. And the reason here is that, for the first time in its post-war history, Germany is beginning to develop a truly independent and assertive foreign policy – the very thing Monnet's original process of European integration was designed to prevent. 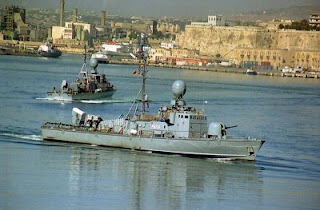 The most visible sign of this is the number of foreign expeditions in which German armed forces have participated, starting with the former Yugoslavia but including most recently, sending warships to Lebanon to work alongside the UN, leading the EU force in the Democratic Republic of Congo, and membership of the International Security Assistance Force (ISAF) in Afghanistan.

As we pointed out in an earlier post, it is in Afghanistan that the independence of Germany is coming to the fore as her participation is not through European institutions but as part of a Nato force, currently led by the United States. And her decision to send Tornado bombers to Afghanistan, equipped to carry out reconnaissance has merely reinforced that independence.

However, as it was in 1950, any independent military capability exercised by Germany is a direct challenge to France, which since 1999, has given European military integration high priority, with the development of the European Security and Defence Policy and the establishment of the European Rapid Reaction Force. 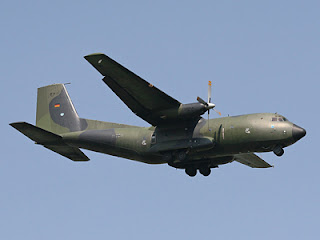 Part of that programme was the integration of the French and German military transport fleets, to form a single European airlift command, based on the Airbus A400M military transport. But this aircraft had been delayed by the troubles over the Airbus A380 "superjumbo", leaving the Luftwaffe with ancient and inadequate Transall airlifters that must be replaced. Even without that, it was turning to the Americans to lease and possibly buy C-130 Hercules transporters, putting at risk the whole idea of a European airlift command.

It is not only here that close military co-operation is beginning to unravel. At the leading edge of military technology is the development of unmanned aircraft, which the newly formed European Defence Agency declared a priority for EU defence manufacturers. And hoping to lead a common European programme is the French with the expensive and ambitious Neuron programme, in which it would have hoped for German participation. 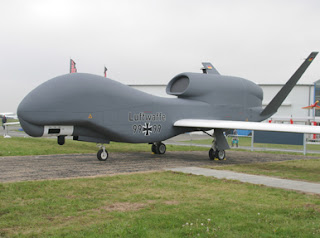 Almost as a snub to France, though, last week, the German Ministry of Defence (MoD) awarded a €430 million contract to EADS and Northrop Grumman for a joint venture, developing the US-designed Global Hawk long-endurance UAV as a Euro Hawk unmanned variant to carry out electronic intelligence gathering, surveillance, and reconnaissance. Not only is this system US-designed but it meshes with a similar system being considered by Nato, taking Germany further away from the French camp and its ambitions for a European Army, and into the US sphere of influence.

And, as we previously recorded, in Germany, there is a school of opinion that sees this as advantageous. It also sees the war in Afghanistan is a great opportunity for Germany – an opportunity to join the Anglo-American alliance. This harks back to the dream of Bismarck, which puts Germany taking over from France and leading Europe.

Such a view is undoubtedly worrying the French who are seeing their grip over Germany beginning to weaken – more so since Jung has told the Welt am Sonntag newspaper that he has not ruled out sending German special forces to the more violent southern regions of Afghanistan, where they would be directly invoked in fighting alongside Nato (but not French) allies.

It is developments such as these that create the pressure for Merkel to re-affirm that the Germans are, after all, "good Europeans". Thus Merkel must enthusiastically pursue the constitution as it is only this now that can demonstrate that German military expansion can be contained within a pan-European framework, reassuring the French that Germany is still under control.

The looming problem for Germany though is that her foreign policy and military ambitions are not compatible with total commitment to European integration. Going along with the constitution, therefore, can only be a temporary expedient. It is putting off the day when Germany is going to have to consider whether it is going to remain bound by Europe or strike out once more on its own. That day cannot be long in coming.