Those generals and their "toys" 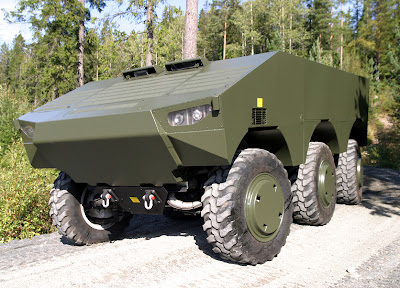 Providing an antidote to the gushing tales of "derring do" that we see so often in the supposedly serious newspapers comes Booker in his column today in The Sunday Telegraph.

Based very much on the recent writings on this blog, Booker picks up the theme of how the MoD brass are so lost in their dreams of future wars, centred around the FRES (Future Rapid Effect System) project, that they have lost touch with the reality of the real wars in the here and now, that they are actually having to fight – and are losing.

Booker recalls how in July 2005 he reported on a hitherto completely unreported debate in Westminster Hall where then junior defence minister Don Touhig blithely announced to the only other MP in the chamber that the cost of FRES had increased from £6 billion to £14 billion, making it the most expensive single procurement project in the Army's history (and our Sunday "toy" - the SEP prototype platform).

That FRES was not reported then – or since – by the media (and especially the specialist defence correspondents) does much to explain why, when it comes to understanding and evaluating the current defence scene, they have lost the plot. Having not covered FRES before, and having not done their homework in the interim, there is a huge gap in their knowledge and understanding.

Furthermore – something we find covering issues on this blog – if you come into the story in the middle, the complexities are such that it is very often too difficult to summarise the issues. So it is with FRES. Correspondents are not even attempting to catch up and are tending to avoid it altogether.

When, as Booker does report, the Defence Select Committee appears to have very little idea of what the system is about (in common, it seems with most of the Army, which is still not able, clearly, to define what it wants), we have a recipe for confusion, if not disaster. 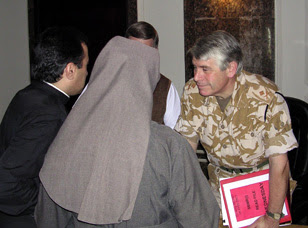 The fact is though that the Army and the MoD both, at just the time when they should have been concentrating on beating the insurgents in Iraq had taken their eye off the ball, instead mooning over plans for their new "toys", the purpose of which as, Lt Gen. Figgures (pictured) openly admitted, was to provide "the medium weight component of the Future Army Structure for the expeditionary force" – none other than the planned European Rapid Reaction Force.

No one who read the oral evidence given to the Select Committee (also linked from here) can come away with anything other than the impression that FRES had become the Army's "Holy Grail" and that it was not interested looking at kit needed to fight the insurgency.

Nothing can be more graphic in this context than Figgure's complaint (pg. 44) that the current equipment available would "enable us to fight as we wish to fight in the next 20 years" – a penetrating insight into the mindset of an organisation that has its own view of how it wants to fight and does not want to let the real world intrude.

But, as Booker wrote, not fully grasping this, the MPs seemed to think that FRES-type vehicles might eventually play the same role as the ragbag of semi-armoured and non-armoured vehicles that the Army is using in Iraq and Afghanistan, to increasingly dismal effect.

Thus, while the MPs were certainly highly critical of the FRES project in general, describing it as "a sorry story of indecision, constantly changing requirements and delay", they failed utterly to realise was that, even if the hyper-sophisticated FRES vehicles ever get built, they would be wholly inappropriate to the kind of low-grade, counter-insurgency wars our troops are currently fighting. 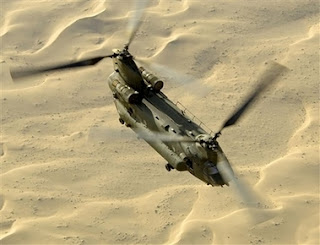 The real tragedy gathering round the Army is that the generals are so taken with the glamour of these expensive and shiny new toys, designed to equip the Army of the future, that they have been reluctant to press for money to be "diverted" (as they fear) to buying the less glamorous sort of equipment needed to fight the campaigns our troops are already engaged in, and in serious danger of losing.

If there is one thing I have got regrettably wrong in my various reports on defence in the past two years it has been to suggest that the pressure for fitting our Armed Forces to play their part in the ERRF comes from the politicians and not the generals themselves. It seems it is now the backroom generals who are most gung-ho for the shiny toys of the future, often leaving the politicians amazed that they are not more concerned about the needs of our men on the ground. (Last autumn, for instance, when the Defence Secretary, Des Browne, offered the generals more Chinook helicopters for Afghanistan, his offer was turned down.)

This last claim is especially contentious but, if you think about it, no system could exist for long if politicians decided which equipment the armed forces used. It is up to the forces to define the equipment they need, and ask for it. That they are not asking is evidenced in this recent answer to a Parliamentary Question put by Mike Hancock MP:

Mr. Hancock: To ask the Secretary of State for Defence what recent representations he has received from military commanders in Afghanistan on the provision of (a) mine protected vehicles, (b) Chinook helicopters and (c) other equipment; and if he will make a statement. [111833]

Des Browne: Following my announcement on 24 July 2006, Official Report, columns 74-76WS, we have sent two additional CH-47 Chinooks to Afghanistan, making a total of eight, and increased the number of flying hours. This increased capability currently meets the operational commander's requirement and I have received no representations for additional helicopters. I have also received no representations for new mine protected vehicles. All requirements are kept under constant review. We regularly receive and action requests for a wide range of equipment. Some of these we can address through existing resources; other emerging requirements are met through the urgent operational requirement (UOR) process. The UOR process is an effective means of providing new capabilities or pieces of equipment for use in theatre; since the latest campaign started in April 2006, 261 UORs have been approved, of which 108 have already been delivered.

To compound the tragedy, writes Booker, "not only do we seem to be facing defeat in both the theatres where our troops are engaged, as a result of inadequate forces and equipment, but the future of the ERRF itself, with Germany and other countries appearing to lose interest, now seems more uncertain than at any time since Tony Blair signed us up to the project in 1999. Meanwhile, he has to disguise our defeat in Basra as some kind of a 'job done' victory, with similar spin having to be prepared to disguise our losing the war in southern Afghanistan."

I am not convinced we have yet lost in Afghanistan, but paper from the Washington Institute entitled, "The Calm before the Storm: The British Experience in Southern Iraq" and a shorter paper by Anthony H. Cordesman, entitled "The British Defeat in the South…" make it very clear where we are going in Basra.

Add to this, the piece in the Independent and only the wildest optimist could run away with the impression that our activities in Iraq have been successful.

Time and successive histories will lend perspective to what precisely went wrong but, while fingers will inevitably be pointed to the politicians – and Blair in particular – the generals on the spot and back in London do not come out of it particularly well either. This has not been their finest hour.