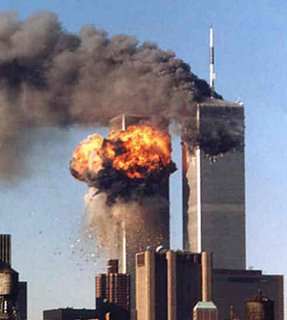 In the 30 months that this blog has existed, the world has changed more than we believed it ever could in such a short period. Many of the changes have been triggered directly by the cataclysmic events leading to and following 9/11 but, of more relevance to this blog, by the failure last year of the EU constitution.

Strangely though, while the damage caused by that failure was obvious and public, less so has been the more serious damage done to the whole of the European ideal by its main actors, France and Germany, ruling themselves out of key parts in what has been called the "war on terror", and specifically the invasions of Afghanistan and Iraq. Thus, while individual European countries have been represented, "Europe" as a political entity has been a mere spectator and, as a result, almost entirely lacking in influence and importance.