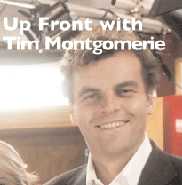 There has been a modicum of excitement on the blogosphere of late, with the arrival of a brash new kid on the block in the form of the UK's first and only internet television station dedicated entirely to politics.

Rejoicing in the name 18 Doughty Street, an opportunity to test this new genre came today with the release of an interview from the previous evening. This was between one of the station founders, Tim Montgomerie, and shadow secretary of state for defence Liam Fox in an extended discussion lasting – with a pre-made video insert - a full 42 minutes.