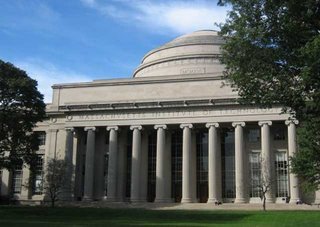 At the beginning of this year, it looked like yet another one of those hubristic fantasies, with the Austrian presidency calling for the establishment of a European equivalent to the Massachusetts Institute of Technology.

Months down the road, it now looks as if, as we say in Yorkshire (and doubtless elsewhere), the EU has eyes bigger than its belly. Despite the huge ambitions of the political classes, neither national governments nor industry have been interested enough actually to come up with any dosh, leaving el presidente José Manuel Barroso, scrambling for funds.

According to the Financial Times, the poor man had anticipated $1 billion to flow from business but has now accepted he is unlikely to receive a cent from the private sector before 2010. The only way Barroso can get the venture off the ground, therefore, is by raiding regional and research budgets to the tune of €2.4bn

That, we are told, is likely to be unpopular and officials are suggesting that the money would be better spent on existing projects. Despite this, such is the determination of the commission to create another European "symbol" - especially as next year is the 50th anniversary of the Treaty of Rome - that Barroso is likely to ignore the reservations and go for the full Monte. But, as we keep observing, after hubris comes…