Another century, another trial 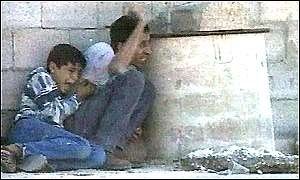 In 1943 a Red Army captain, a supposedly loyal citizen of the Soviet Union, was posted to the Trade Mission in Washington DC. Very soon, he abandoned his post and asked for political asylum, bringing a good deal of information about his homeland and its political system.

At first Viktor Kravchenko went into hiding but eventually he published a terrifying book, called "I Chose Freedom", in which he wrote a detailed account of collectivization and the accompanying deliberately created famine (witnessed by him at first hand), the purges and conditions in labour camps.

The book became a huge success with the Soviet Union and the international Communist movement paying the back-handed compliment of conducting a vicious campaign against it.

The French Communist weekly, Les Lettres Françaises, accused Kravchenko of being a liar and a Western spy. He sued for libel and the 1949 trial was described as "the trial of the century". The Soviet Union sent "witnesses" in the shape of Kravchenko’s ex-wife whose family remained behind as hostages, and various of his former colleagues.

Kravchenko's lawyer marshalled survivors of the Soviet camps, among them the wonderful and admirable Margarete Buber-Neumann, whose account of the Soviet and Nazi camps, "Under Two Dictators" is a classic of twentieth century memoir writing.

Let me remind our readers that this was happening in 1949, when the ending of World War II and the work of various Communist sympathizers still suffused Stalin and his evil system with a rosy glow. Nevertheless, Kravchenko won his case, though he was given a derisory amount in damages. It was a huge blow to the pro-Communist left. The man, himself, survived till 1966 when he was found dead of gunshot wounds in his flats. The circumstances have never been satisfactorily explained.

Autre temps autre moeurs. We have just had another interesting trial in France in which the action has been reversed. 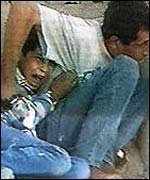 The case revolved around the infamous film of the little boy, Mohammed Al-Dura supposedly shot by the Israelis in circumstances never fully explained. The film, which, needless to say, "shocked the world's conscience" (odd how its conscience never gets shocked by suicide/homicide bombers deliberately targeting small children in Iraq or Afghanistan) but, as time went on, various anomalies in the film and the story it told appeared.

These anomalies were chronicled by, among others, Philippe Karsenty, founder and director of Media Ratings who demanded that the state-owned France2 TV company and its correspondent in Israel, Charles Enderlin, own up to the fakery and that the head of news be sacked. France2 and Enderlin sued for libel and the film has been watched and analyzed by various journalists and other experts.

There is very little doubt that the famous sequence is a staged performance of the kind we have become so used to over the last couple of years and, particularly, this summer in Lebanon. As the Washington Post says in its account:

The original report, which included some 50 seconds of the incident but did not show the moment of the boy's death, has been submitted to close scrutiny but the channel has also been criticized for not releasing its raw, uncut tape.Two senior French journalists given access to the footage as part of an investigation into the affair later said that the film did not show that Israeli troops had killed the boy or even that he had died at all.

But they also said there was no evidence to suggest deliberate staging or manipulation. 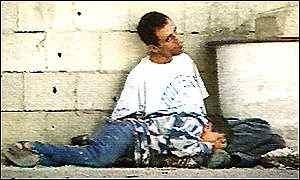 It appears from people who followed the trial carefully, that there was barely any dispute of the fact that the film was staged. Nevertheless the judge of the Court of First Instances decided for the TV Company and ordered Karsenty to pay France2 and Charles Enderlin nominal sums in reparation. He had, according to the judgement, whose full publication we still await, not done enough research. In other words, he had dared to tell the truth about the state-owned TV company.

France2, who is suing several other websites and blogs, announced pompously that the case was not about the money but about their good name and the need to protect people whose duty it was to provide the world with information (whether, one presumes, it happens to be true or not).

It is a very somber day for France. The French justice system has validated a false report. We are going to appeal straight away. It is a very surprising judgment.

Historian Richard Landes on Augean Stables followed the case from the beginning:

The implications of this reversal of Madame le Procureur's clear recommendations, for what appears to be — we'll have a translation and analysis of the judgment ASAP — a critique of Philippe that somehow absolves Enderlin of all of his journalistic failings, failings that came out abundantly in court, are deeply troubling.

He and Nidra Poller promise fuller accounts as the text of the judgement becomes available. We shall be returning to the story as well.