They haff vays of bringing you down 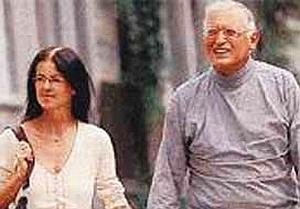 Brussels is awash with rumours over a claimed tryst between EU enterprise commissioner, Günter Verheugen (62), and his 48-year-old chef de cabinet, Petra Erler – but there is more to this than meets the eye.

The rumours emerged after Mz Erler was appointed to the top job in Verheugen's cabinet last April, taking a healthy hike in her monthly pay - from €9,045 to €11,579 – only then to be photographed hand-in-hand with her boss, walking through the Lithuanian town of Klaipeda during a two-week holiday on the Baltic Coast.

After the Germany's mass circulation daily Bild published the picture, accusations of favouritism surfaced. But, as the English language Deutsche Welle has observed, Erler is eminently suitable for the job. In 1990, she served as state secretary under East Germany's last prime minister Lothar de Maizière. Nine years later, she joined Verheugen at the EU commission to work on the bloc's eastwards expansion and gained an excellent reputation. This, many argue, makes her an obvious choice for the position she now holds. 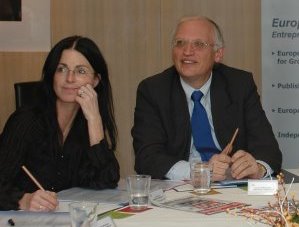 That Verheugen is suddenly and very visibly in the hot seat, therefore, is thought to be not entirely unrelated to his recent highly publicised complaints about obstructive commission bureaucrats who, he claims, had acquired too much power.

Some observers are now suggested that the Erler case would never have been raised had the commissioner not delivered such a stinging criticism of his own officials. However, others believe that the commissioner's outburst might have been a deliberate attempt to divert attention away from rumours about an affair which were about to break into the big league.

For the time being, though, Deutsche Welle reports that the officials have closed ranks, while el presidente Barroso says all the rules have been observed. Despite this, sources close to the centre are hinting that the palace coup is not over and the issue will not be resolved until there is some blood on the floor – although no one is betting who will be the donor.