They don't want to know 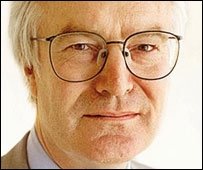 The untimely death of Guardian journalist and arch Europhile Hugo Young in 2003 at the age of 64 was a cause of real regret to myself and my co-author Christopher Booker. Our book on the history of the European Union, The Great Deception, was then about to be published and the one to measure it against was Young's This Blessed Plot.

During the writing of our book, we dissected the "Plot", exposing its many errors, myths and inconsistencies, fully expecting at some stage that we would be able to debate the issues with Young. But, alas, it was not to be.

Such was Young's prestige, however (which would not have survived our encounter), that his name has been given to an annual memorial lecture. And last night, it is both ironic and fitting that the third such lecture was delivered by José Manuel Barroso, president of the EU commission, the central theme of which was a call for a debate on the European Union.

As we have observed recently, there is clearly some enthusiasm for a discussion on "Europe". But Barroso's target was not the enthusiasts on either side of the divide but the sludgy mush in the middle – the uncommitted morass that Alterio Spinelli once called the "swamp".

That "swamp" currently is occupied by Gordon Brown and David Camoron, both of whom last night were challenged by Barroso to decide whether Britain should play a leading role in Europe.

He was thus speaking to the two men who are likely to shape British politics over the next decade and he was effectively asking them to demonstrate whether they are fully committed to Britain's membership of the EU. "The United Kingdom will always have influence in Europe - its size, its economic power and its international network will ensure that," he said. "So the question is does the UK want to shape a positive agenda, which reflects its own agenda, or be dragged along as a reluctant partner? Do you want to drive from the centre or sulk from the periphery?"

Barroso's lecture, entitled, "Seeing through the Hallucinations: Britain and Europe in the 21st century," was a deliberate echo of what Young called the "hallucinations, both positive and negative, that have driven the British debate for so long". Using these as his basis, Barroso declared an "important truth" – that "the EU needs the UK".

"It is not a question any longer of being for or against Europe," he said, "It is a question of how to reform Europe. I do not ask you, I do not ask anyone, to love Europe. I ask you to demand more of Europe and to give more in return."

That is typical of the divide. Barroso is not actually interested in a debate, except on his terms – where the question of continued support for the EU is a given. We are not allowed, in his book, even to consider whether the EU is a "Good Thing".

The tragedy for us and the Europhiles alike, however, is that the "swamp" does not want a debate at all - any debate on any terms. Neither Gordon nor Dave really want to know.