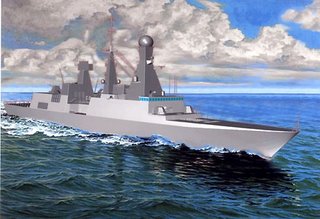 There was something close approaching joy in the EU Referendum household this morning at the sight of The Daily Telegraph with its front page headline declaring: "Navy 'too weak' for big role in Korea blockade".

Not, as you will appreciate, that there was any comfort to be gained from the message. But the very fact that a British newspaper has actually noticed something like this and is able to detach itself from its feminine side long enough to report it on the front page is indeed something to celebrate.

Equally, one took considerable enjoyment from the leader – something almost of a throwback to the days of Empire, the headline trumpeting: "Britain's obligation to blockade North Korea".