India to pull out of Galileo? 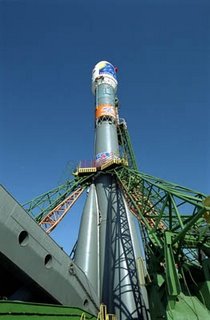 Not earth-shattering news on the face of it – but actually this is quite stunning in its implications, especially as the news stems directly from the recent announcement by the EU's transport commissioner, Jacques "Wheel" Barrot, that the EU would not rule out military applications for its satellite navigation system.

Although that latter fact was thought worthy of a report only by the Independent and Financial Times newspapers, but by no other UK media sources, India has been blowing hot and cold on joining the Galileo venture for over two years now, with an initial agreement pencilled in during September 2005.

But, back in November 2004 her government was making it abundantly clear that, for an investment of €300 million (then, a €100 million more than China was putting in) it would expect to be an "equal partner" and not just a "mere customer".

One official was cited, not being at all reticent in stating his country's demands: "If we are putting in €300 million we must have a say in the control of the satellite," he said, adding: "If we don't have access to their codes we can be denied access to Galileo's signals in times of war."

There it has rested until very recently when, during the just-concluded summit meeting of Prime Minister Manmohan Singh with EU leaders in Helsinki, the final details of the deal were supposed to have been agreed.

But, according to The Times of India - the only media source so far to report this development – the deal "has run into the hard ground realities of security concerns." India fears that sharing of sensitive data may not be adequately firewalled from individuals and other nations participating in the enterprise. Thus, the expected progress towards a final deal could not be made in Helsinki.

Sources have since added that Indian concerns related to the access that the satellite system will have to all manner of geographical and tactical locations in the country. Further, there were questions over how widely would the very precise data the system would provide of facilities, and even individual phone and vehicle users, be accessed. 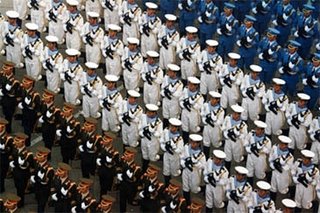 The major concern, of course, is the participation of China in the project, which has now agreed to sign seven contracts with EU to participate in Galileo and has committed itself to a $241 million investment – creating problems with the uncertainty over users of the data.

Now, we apologise for another patronising, holier-than-thou post, so distorted in content that it is virtually unreadable, but we felt that, since the MSM wasn't going to tell you anything of this, then perhaps you could just about tolerate our input.

Thus, if you have got this far, you might want to consider why it is that India is having problems with China's participation in Galileo – on the back of a declaration on military applications – yet the issue has not been raised by the UK media or even British parliamentarians, even though it must also raise security issues with our own forces and affect our relationship with the US.

However, on reflection, this is clearly not in the least bit important and we apologise for disturbing you. There are vastly more important things about which we should be concerned.

And it is this bunch of losers that wants to govern the country?