Do we really look that stupid? 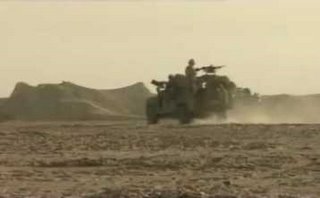 Everything we have been reading and discussing for the past many months, such as here, here and here (and much more) points to the inescapable conclusion that the British have effectively lost control of southern Iraq and that, with the current resources, the situation is irrecoverable.

Crucially, the Army had evacuated Al Amarah, leaving it to the Militias, its only presence in the Maysan province being out in the desert, where the nasties are quite happy to let it play with its toys unhindered.

Then we heard, out of the blue, that the British Army was mounting an operation in Basra and, despite the recent setback in Al Amarah, we now hear that things are going so swimmingly well that British troop numbers in Iraq could be halved by next year. 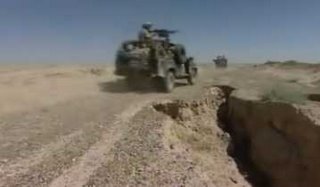 In fact, Army commanders are claiming that the operation in Basra have proved to be such a great success that the Army is close to reaching the "tipping point" in defeating the "insurgents".

This is "Operation Sinbad", which is aimed at purging Iraqi police of militia men, and is seen as key to "further weakening" the position of Shia militants – with success being claimed in terms of the number of murders in Basra, which has dropped from around 30 a month to 11 in the past four weeks. 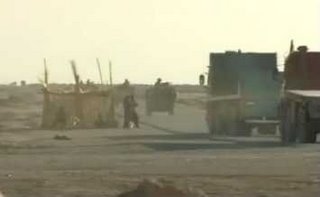 And, of course, that the situation is so miraculously coming right has nothing at all to do with the desperate need for additional troops in Afghanistan. That the Army has so singularly failed to get to grips with the Militias after three years, is neither here nor there; that British officials have told their US counterparts that the military was "near to breaking point" due to long deployments in Iraq and weak retention of military personnel, is also irrelevant.

By some happy coincidence, the nasties have rolled over just at the right time and Mr Blair can now pull thousands of troops out, just when they are needed to bail him out elsewhere.

One worrying thing about this is that the people who govern us might actually be convinced that we are stupid enough to believe this guff. But the really worrying thing is that we are in great danger of agreeing with something of what Simon Jenkins writes. "For retreat to be tolerable it must be called victory," he asserts

But do we really look that stupid?