Claudia Rosett says it as it is 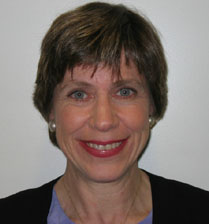 The admirable Claudia Rosett, who ought to have had the Pulitzer Prize for investigative journalism last year but for some reason didn’t (something to do with her subject, the oil-for-food scam and other horrors at the UN) has her own blog. And it is full of goodies, as you would expect.

Her top two stories cover the United Nations. In the very latest one, she raises a point many of us have made before:

If Jeffrey Skilling had worked for the UN instead of Enron …. He’d be looking forward to years of dining out with his pals and collecting his pension in comfort. Instead, found guilty of fraud and conspiracy, he’s facing a 24 year sentence.

When it comes to the oil-for-food, “the biggest scam in the history of humanitarian relief”, on the other hand, not a single official involved has been fired, much less prosecuted. SecGen Kofi Annan (father of Kojo) goes from one high-faluting statement to another, while his “hand-picked” head of the programme, Benon Sevan (he of the useful aunt) has retired to Cyprus on a full pension.

Moving right along, we come to Ruud Lubbers, former UN High Commissioner for Refugees, who did, actually resign after it had been proven that he had indulged in a spot of sexual harassment in the Geneva office. Tsk, tsk.

Mr Lubbers is about to reappear in Brussels as one of the list of speakers at a European Parliament conference.

The subject? Why, ethics, of course! To be precise, (who comes up with this stuff?): “Corporate Culture and Spirituality: Business and Ethics — Complementary or Contradictory.”

What position Lubbers will take — whether he is in the complementary or contradictory camp — is not yet clear. The press release, in language that might just as well have been lifted straight out of your average UN office wastebasket, says: “This conference primarily addresses the role of an ethics based approach to sustainable corporate success and leadership performance.”

It seems that Lubbers is being billed as former Prime Minister of Netherlands, his UN stint being quietly buried. But, as Ms Rosett says, it would be a pity if the conference did not discuss the UN and its vagaries within the framework of “Corporate Culture and Spirituality – Business and Ethics”.