On hacking back the jungle 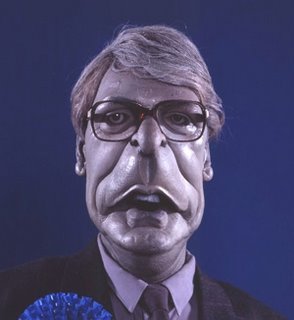 The BBC website is trying its best, with a short squib headed, "EU 'has to slash business rules'".

The piece is publicising a letter from Gerrit Zalm and Bendt Bendtsen, respectively the Dutch and Danish ministers of finance. They are complaining that European businesses suffer from unnecessary red tape while also noting that the EU's programme to simplify regulation has conspicuously failed.

The programme is being run by Günter Verheugen, vice-president of the EU commission, together with the president, José Manuel Barroso, with Verheugen calling it "the flagship of the Commission". But, over the summer, results have remained somewhat modest. The commission's plan was to simplify 54 laws this year, but only five have been tackled.

This explains why, less than a week ago, Verheugen was attacking the "out of control" EU bureaucrats, arguing that they had gained too much power in the commission.

He also bemoaned the "constant power struggle between high-ranking officials and commissioners", observing that the last ten years had brought the civil servants so much power that the most important political task of the 25 commissioners had become controlling them. Commissioners had to "be extremely careful that the important decisions are taken in their weekly meeting and not by officials among themselves", he said.

Surprisingly, a commission spokesman did not entirely agree that there was a problem. Speaking on behalf of Barroso, he told reporters that Verheugen's remarks were part of the "very normal, necessary creative tension you get when change is deemed to be necessary". As for the drive against red tape, the spokesman said Barroso was "perfectly satisfied with how the administration is responding, while being clear that we can and must go further".

Interestingly, with the UK party conference season just over, it might be useful to recall the 1992 Conservative Party conference when John Major appointed Michael Heseltine to take charge of his deregulation campaign. Said Major,

I have asked Michael Heseltine to take responsibility for cutting through this burgeoning maze of regulations. Who better for hacking back the jungle? Come on, Michael. Out with your club. On with your loin cloth. Swing into them!

Since there is clearly a problem with the commission and Major's appointment was such a huge success, the EU should perhaps emulate our illustrious former prime minister. Do you think Margot would volunteer for the loin cloth?