Always there when you need them 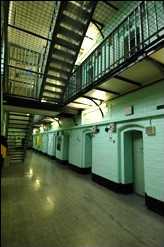 Things are so much easier to deal with when you take a European approach, with colleagues working in a spirit of solidarity to resolve matters that mere nation states cannot handle. At least, that is what the Europhiles are always telling us.

However – as always – when practice meets theory, it is a slightly different story. With our prisons bursting at the seams, set to reach absolute capacity within days, home secretary John Reid was in Luxembourg yesterday. He was asking his EU counterparts if they would take their own jailed nationals back and bang them up in their own prisons, thus – albeit temporarily – relieving the pressure on the British system.