Bevan summed it up 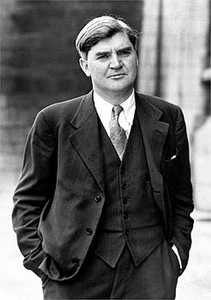 This autumn sees a number of important anniversaries and we shall be covering them as they arise (starting today with the beginning of the Hungarian Revolution) including the Melbourne Olympics and that famous water polo match.

This posting is relatively mild, especially after my colleague's trenchant comments about El-Alamein. Tomorrow is the anniversary (not a round one so it matters little) of the beginning of that glorious institution, the United Nations.

By the time Poland became a founding member it had become clear that the country was not going to have an independent existence. In the Soviet Union they were busy imprisoning all those who were returning or were being returned from POW camps and those who had been displaced persons.

Many of the all-conquering Red Army found its way to the camps, because they belonged to the wrong national group (Chechens, Ingushi and Tatars, for example) or because they talked too much about conditions in Europe even after a totally destructive war as opposed to conditions in the motherland.

France was becoming embroiled in two ferocious and inglorious colonial wars: in Vietnam and Algeria.

And so on, and so on. But the Charter was signed and the UN became a body to be spoken off with awe and respect despite its ever-growing shortcomings.

Of course, it was even worse in the fifties and sixties when only very few people pointed out the chaos that ensued whenever the UN became involved (with the solitary exception of the Korean war, which could go ahead because the Soviets were huffing and puffing and wouldn’t occupy their chair or veto the resolution) and even fewer spoke of the lack of consistency between the Charter and the behaviour of the founding members.

In preparation for the other 50th anniversary – of the Suez crisis – I have been reading the newly published pamphlet by Sir Philip Goodhart, who was actually there, reporting for the Sunday Times. “A Stab in the Front” is distributed by the Conservative History Group and is well worth a read.

There are depressingly familiar aspects to the crisis as described by Sir Philip from the day of Nasser’s nationalization of the canal to the outbreak of hostilities and their ignominious end (though the Israelis might not think so after the successful Sinai campaign).

The most depressing part of it is the alacrity with which the Labour Party abandoned all intention to think clearly about the issues involved and started repeating the mantra of the United Nations. We must refer the matter to the UN. We must do as the UN says after an undoubtedly prolonged and agonizing discussion, sabotaged at all levels by the Soviet Union, by that time President Nasser’s main patron.

Curiously enough, it was Nye Bevan who opposed all this nonsense, asserting that Nasser was a thug and that

That first slogan has a respectable history:

Can one really say any of it about the United Nations? Contrariwise (as Tweedledee would say) can we ever discern any doubts or qualifications among the UN worshippers?

For once, Nye Bevan got it just right.