In the grip of its metric obsession 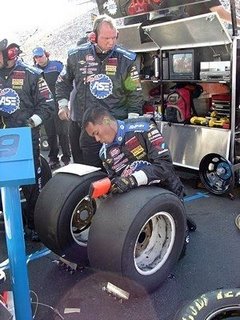 You would think that, with all the grave problems affecting this world, the EU had better things to do than pursue its long-time obsession with metric measurement. But not a bit of it.

According to Booker today, an extraordinary row, involving major European and US industries, is blowing up over the EU commission's determination to make it illegal, in three years' time, for any products made in or imported into the EU to carry any reference to non-metric measures. Not only will this cost industries on both sides of the Atlantic billions of dollars and euros, but it is in direct breach of US federal law.

The Commission is so set on stamping out the hated non-metric system that, as of 1 January 2010, it is imposing a total ban on what it calls "supplementary indications" – ie any mention of inches, pounds or other non-metric units in advertising, labelling, catalogues, manuals and the like.

What will become illegal, under directive 80/181, is the current freedom of choice whereby both systems can be used to assist understanding; as, for instance, where a supermarket or market stall puts "lbs" as well as kilograms; or where car tyres are identified in a mix of inches and millimetres and their pressures can still be legally measured either in bars or in pounds per square inch. (It will hardly promote safety when most British drivers haven't a clue how much air to put in their tyres and it becomes illegal for the pump to indicate the "psi" equivalent.)

In other words, any US company wishing to sell to the EU will have to set up separate inventories and warehousing to ensure that its products carry no reference to non-metric units. Any European firm wishing to sell to the US will not be allowed to refer at all to the units its American customers understand. This in itself will be illegal under the US Fair Trade and Packaging Act, which permits use of metric units only so long as they are accompanied by a US non-metric "translation".

Among the European trade associations protesting at the ban is Orgalime, which represents 130,000 companies in the manufacturing, electrical, electronic and metalworking sectors. Its plea that flexibility should be allowed to remain is backed by the top European business organisation, Unice. In the US similar protests have come from the National Association of Manufacturers and the National Electrical Manufacturers Association.

Particularly hard hit will be the engineering, electrical and electronics sectors, which face an enormous technical problem in disentangling the hotch-potch of metric and non-metric units that govern their production. Countless anomalies will arise, as in motor racing, which relies on a mass of components not made and labelled exclusively in metric. When Formula One races are staged in Europe, will trading standards officials be hanging round the pit lanes to check whether every new plug, electronic chip or tyre has been labelled solely in metric terms?

On 9 November there is to be a meeting at the Department of Trade and Industry, at which a range of bodies, including the Tyre Industry Federation and food and drink manufacturers (along with the British Weights and Measures Association), will put the case for flexibility, to prevent what Unice calls "damage to market actors". But of course the DTI no longer has any power to decide. It can only plead in turn with our real government in Brussels, which has shown itself wholly immovable on this issue.