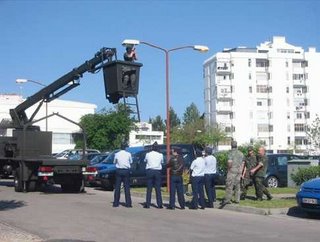 A national newspaper is retailing a story about a British wine-maker accusing the government of a "colossal" waste of taxpayers' money.

This is Bob Lindo, an award winning wine producer in Cornwall, who is complaining that the Department for Environment, Food and Rural Affairs (Defra) sent no less than four officials to his farm in order to collect grape samples, in accordance with "an EU wide requirement to monitor quality and grape varieties".

However, bad though this is, Mr Lindo – a former RAF pilot – is perhaps lucky he did not want a light bulb changed. The French air force is definitely ahead of the game here – and there isn't even an EU directive on light bulb changing.