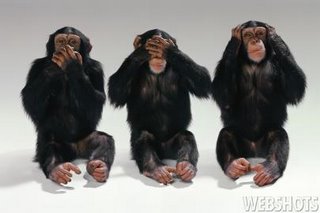 Following on from our investigation into the Qanagate affair, readers will recall that we had made a formal complaint concerning the use of staged photographs to the Press Complaints Commission.

At the time, however, we did note that this was a notoriously weak watchdog and it had complete discretion as to whether it entertained a complaint. But, we felt, it was worth a try.

Well, try we did but, largely as expected, the Commission has ducked the issue. It has decided not to carry out an investigation of our complaint. In its own words, "No finding as to the substance of any of the claims made by the complainant could therefore be made". The letter is reproduced (right) – double-click on each sheet to enlarge.

If we had expected any different, we might just be angry. But so typical is this of the establishment, when confronted with a serious problem, that we can only shrug and turn away. What do you expect?

But it is a problem that is not going to go away. The MSM is haemorrhaging authority, credibility and followers. Yet it is its inability even to understand what it is doing wrong that lies at the heart of its malaise. And the more it hides under the covers, pretending that it is doing nothing wrong, the worse it is going to get.

All we have to do is wait, watch and keep our own material coming. Time will do the rest.