Passing of a great man 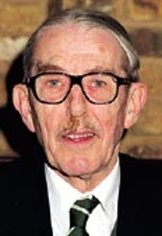 Some of our readers might have heard the sad news of the death of Lord Harris of High Cross. Yes, yes, I know he was in his eighties but that does not alter the fact that his passing fills one with great sorrow both on the political and, in my case, personal level.

Ralph Harris was one of the people responsible for the intellectual underpinning of the Thatcherite revolution. His colleague, Arthur Seldon, died last year. (And, by a strange coincidence, I attended yesterday the memorial meeting for Sir Alfred Sherman, a somewhat more controversial figure but one whose achievements must not be overlooked. Lady Thatcher was present, looking fragile but well.) Sadly, that generation is going and we shall all be the poorer for it.

I have known Ralph since my teens (though he actually thought he had known me as a young child) as my father attended the IEA lunches in the late sixties and early seventies, when their ideas were generally considered to be a brand of harmless lunacy at best. Even in those days Ralph cultivated his persona of the Edwardian gentleman, hats, moustaches, waistcoats and walking sticks included.

What mattered above all was not his mannerism, not even his fantastically ebullient personality – nobody could ever forget Ralph even after a brief meeting – but his hard-headed approach to Britain’s problems.