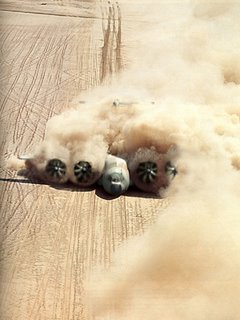 As troubles multiply for the European aerospace giant EADS, the Financial Times has been quoting Airbus Chief Executive Christian Streiff as saying that the revamp of the mid-size A350 XWB project could be at risk.

But more worrying are the implications for our defence capability as Streiff is also saying that the A400M – the military airlifter - could suffer cost overruns or delays. "The timetable is exactly on the edge. It is a tense situation with a number of suppliers and internally. We are exactly on track but without any reserves [of time]," Strieff says.

Britain has ordered 25 of these machines at an expected cost of £2.4 billion, to replace its fleet of 51 US-built C-130 Hercules transports and is suffering a marked shortage of airlift capacity as it waits for Airbus to bring the A400M into production.