Denmark fights on and wins 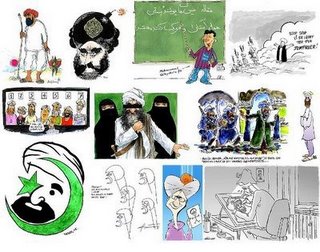 Time to salute gallant little Denmark again. Reuters brings the news that a court in Aarhuis has ruled that Jyllands-Posten did not libel Muslims in its publication of the 12 cartoons last year.

How one can libel a whole religious group that numbers around 1 billion people around the world is rather mysterious. But that is what the plaintiffs tried to argue:

Seven Danish Muslim organisations brought the case, saying the paper had libelled them with the images, which included one depicting the Prophet with a bomb in his turban, by implying Muslims were terrorists.

Shocking really. Fancy suggesting that there are Muslim terrorists in the world.

The plaintiffs have been ordered to pay the newspaper's legal costs but, it seems, that they intend to appeal to a higher court.