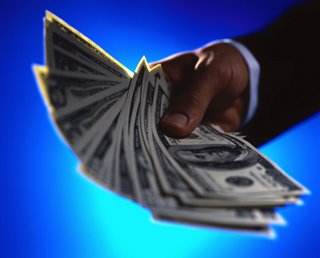 So, with our prisons bursting at the seams and our own home secretary unable to kick out crooks from EU member states, what's the new plan?

Ah! This one is a honey. Criminals who are not from EU (or EEA) countries are to be offered a cash grant of up to nearly $5,000 if they agree to serve their sentences in their own countries.

According to the Guardian, there are around 8,037 non-EU foreign nationals in prison in England and Wales, which means that the taxpayer could have to stump up around £20 million to pay for this gimmick – if all the prisoners took up the offer.

With it costing up to £360 a night to keep prisoners in police cells, economically, this deal probably makes sense. But is this really the only way of dealing with this mess? Has it really come to the situation where Her Majesty's Government is having to bribe some foreign criminals to go away, simply because we're no longer allowed to get rid of the ones from the EU?