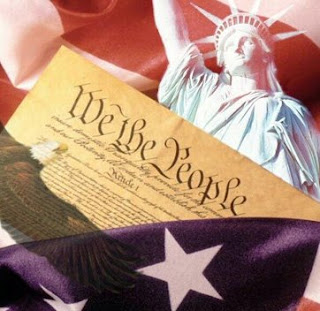 Picking up the thread from my co-editor, it cannot be said enough times that power belongs to the people – not the politicians. It is not theirs to give to us … they hold it in trust and exercise it on our behalf.

Developing the theme further, governments by their very nature, will always abuse the power with which they are entrusted. That is an inalienable fact of life. To that extent, governments are not our friends. They are our enemies, more so our own, which has the capability to do infinite damage.

If we could do without governments, the world would be a better place. Since we cannot, we tolerate them, simply because the alternative – of not having a government - is worse.

But we the people must recognise that governments are not our friends. We must constrain them, control them, limit their ability to act and ensure that the power they hold is exercised for us, on our terms, not theirs. The government should fear the people, not the other way around.

In an effective system, we delegate the powers of supervision and constraint to specialists – just as we delegate growing our food to specialists. The latter are called farmers, the former politicians or, more specifically, parliamentarians. They, the parliamentarians are not – or should not be - the "government". Actually, the better word is "executive", a word not used often enough in this country.

The problem we have at the moment – one of many, although this one is important – is that the executive and the parliament are too close. The one draws its members from the other, to the extent that the role of the one is submerged by the other. The roles must be separated, if parliament - our parliament is properly to do its job.

This is for us to demand – we are the people and the power is us. When we hear politicians offer their ideas for "reform”, by all means we can and should listen politely. But no politician should be awarded approval uncritically, unthinkingly. It is for us to decide, not them, where the constraints lie.

Thus, with "reform" suddenly on the agenda, we cannot and should not allow the politicians to make the running. Inescapably, because their world view is different from ours, they will fashion the constraints and the controls in a way that suits them, not us. If, on the other hand, we choose to lie back and allow them to dictate the agenda, we will not get what we and the generations that follow us deserve. But we will deserve what we get.