Turning on their own 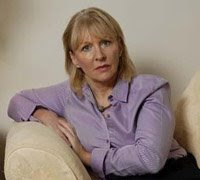 How absolutely predictable this is. Even though her claim is essentially confirmed by a report that the paper itself has published – citing Sir Alistair Graham, chairman of the committee on standards in public life from 2004 to 2007 - The Daily Telegraph has been quick to round on Nadine Dorries for her attempt to put the MPs' "expenses" crisis in focus.

In so doing, the paper cites David Cameron, who says MPs should be more concerned about what their constituents were thinking. "Frankly, MPs ought to be concerned about what their constituents think and ought to be worrying about the people who put us where we are," he told the BBC. The Telegraph adds that there was "clear anger" among the Tory high command at the latest intervention by the outspoken Mid Bedfordshire MP, with one senior source describing her comments as "completely wacky".

The motive for The Daily Telegraph moving so quickly to "kill" Dorries's assertions is, of course, as transparent as it is dishonest. The MP "exposé" has been a huge commercial success and a more measured view of the issue would threaten to cut short the paper's own gravy train, which still has plenty of mileage in it before the inevitable backlash.

As for Cameron, as again The Telegraph identifies in today's edition, the crisis has given him a heaven-sent opportunity to clear out the so-called "bed-blockers", older MPs whose political careers were essentially over but who refused to stand down, and move in his own people.

Thus we find Sir Peter Viggers, Douglas Hogg and Anthony Steen given their marching orders, while friends of Cameron, including Andrew Mackay, his parliamentary aide, and shadow ministers such as Alan Duncan, Michael Gove and Francis Maude are hanging on. Even The Telegraph sees this as Cameron "using the scandal to further his own political ends" and warns of a voter backlash against such a "blatant move".

This opportunity is in addition to the general debilitating effect the crisis is having on Parliament, weakening MPs and thus reducing any obstacles Cameron might face from his own back-benchers when he finally assumes the title of prime minister. Traditionally, Tory back-benchers have been a powerful constraint on the wilder excess of their leaders (sometimes) and it is the very group from whom most opposition might be expected that is taking the biggest hit.

Then – in the Tory front benches and generally – there is a vested interest in keeping the story focused on "expenses". Although the story is damaging enough, it impacts more on Labour than it does the Tories, giving another tactical advantage to the opposition. On the other hand, positioning the story as a "salary scam" would widen the fallout and spread it more evenly, especially when the story of MPs awarding themselves tax exemption becomes more widely known – as indeed it will.

By this evening, the Dorries story had largely been contained, with the ITN news bulletin showing the lady complaining of MPs on "suicide watch" and not mentioning the substantive issue. Thus is she "downgraded" into an empty "human interest" story, for which role she is admirably suited.

Thus, once again, we see the political classes and the media with a commonality of interest, acting in concert to protect their own interests, so maintaining the conspiracy of silence. And so effective is the strategy that the claque rounds on its own favourite and roars with approval at the continuing witch-hunt.