Not green but red 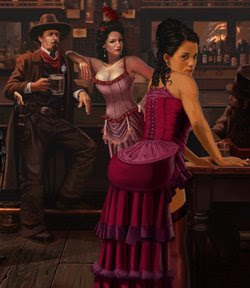 Pupils in the sixth form at Selkirk High School have not quite absorbed al Gore's message it seems. Despite having been exposed to his predictions of impending doom – or perhaps because they have – the "inconvenient truth" is that they would rather have a red light district in their town than a "green" wind farm.

This emerges from a survey of sixth formers, carried out by the Selkirk Regeneration Group, particularly to canvas their views on a proposed community wind farm for the town.

And, not only did they vote for a brothel and against a wind farm, to disappoint the greenies even more, they also voted for an Astroturf playing field, a sports centre, a cinema and a Kentucky Fried Chicken takeaway.

Group chairman Dr Lindsay Neil says of the brothel: "Is fair to say it is not a project the regeneration group will be taking on board," adding that the vote against the wind farm was "a disappointing outcome". It demonstrates, he said, "there must be more done to get the message across."

Clearly, these children must be re-educated. If they do not understand the message, it must be repeated as many times as is necessary until they do. And as for their other choices, don't they realise the size of a brothel's carbon footprint?