It has come to this … 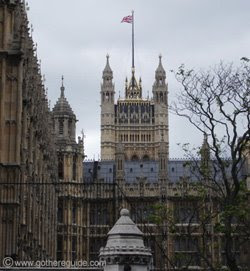 On a day when we have reported the highest casualty rate in Afghanistan on one day, since February, the BBC relegates that news to about fifth or sixth item on its main television bulletin.

I heard today, incidentally, that when the Taleban attacked Lashkar Gah last October, so desperate did the situation become that even the Army media team were given rifles and pressed into service, taking turns in the sangars to help defend the base. That this is supposed to be the safest, most secure area in Helmand says it all.

If we had a grown-up nation and a grown-up parliament, there would be calls for an emergency debate on the situation in Afghanistan. By any real metric – as opposed to the wishful thinking of the MoD – we are in for a torrid time this summer, and there can be no confidence that the strategy for dealing with it is right.

But, in a parliament which once decided the fate of kings, nations and empires, the hystèrie du jour - occupying by far the greater part of the national news - was the expenses claims of the members of that once-great institution.

Standing back for a moment, it has long been known in the "Westminster village" that the remuneration package comprises salary and expenses. Given the hypocrisy of the public and media, which demands (but rarely gets) the best from its MPs yet is only prepared to sanction a paltry £63,000 per annum - less than half the salary of a GP and considerably less than the earnings of a primary school head – the money is made up by a relatively generous and relaxed expenses scheme.

The system was, in fact, introduced by Thatcher in the 1980s and is no different in principle from remuneration packages found in the private sector, where low basic salaries are "improved" by generous expenses.

Looking at the total figure – for the life-style and (notional) responsibility – the reumuneration package is not excessive and, if we are ever to have a chance of recruiting the best people for what should be an exacting and vitally important job, then we have to be prepared to pay the going rate. As it is, no one except the wildly ambitious (and optimistic) and the second-rate would be tempted by a remuneration package that is fringed with the degree of personal scrutiny and intrusion that goes with it.

That the MPs themselves have not seen the pitfalls of the arrangements is a reflection on them, but the system is not new and has been familiar to every political hack in the Lobby for the decades it has existed. That the media is now getting worked up about it after all these years says as much about the hacks as it does the system.

But while the poltical claque are now revelling in the discomfort of MPs, none of them seem prepared to look at the other side of the equation – value for money. None of them, for instance, are prepared to suggest that, when 80 percent or more of our legislation is made by Brussels, MPs should take an 80 percent pay cut.

None of them, as we pointed out this morning, seem at all interested in why MPs are standing back, idle, when they should be intervening to prevent departments of state going off the rails.

I personally have listened to MPs tell me how powerless they are, and my counter is that they are so only if they allow themselves to be. I point to the Snatch Land Rover campaign where MPs and Lords ganged up on the government and, in concert with the media, effectively forced the government to review its policy on protected vehicles.

If MPs "hunt as a pack" – as I have heard it described – and use the weapons available to them, from written questions to early-day motions and debates to press briefings, they can be an irresistable force. That so many issues go by default is not through lack of power. It is simply that the MPs are too idle, or too preoccupied with their party politicking to do what is needed.

But when you see the usually sensible Tim Montgomerie fall in with the claque, applauding the self-serving cant of the media, you know there is something seriously wrong.

We really do not have time for this introspective nonsense. There are too many issues crying out for attention and too many problems which require addressing for us to indulge in this lower order matter, when billions are pouring down the drain unheeded, men are dying and the country is going to the dogs.

One of the main jobs of parliament is holding the executive to account. Our job in a democracy – with the assistance of the media – is to hold MPs to account for their performance, the measure of which is how well they constrain and challenge the executive. Whether they spend their agreed expenses allowance, or what they spend it on, is of relatively little importance. We have lost sight of the wood and are counting the trees.