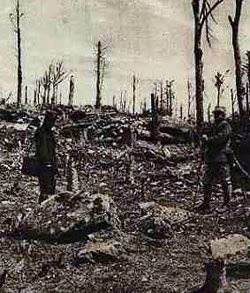 Before he goes, it seems, Speaker Martin is determined to complete the task of emasculating Parliament, destroying the last vestiges of the doctrine that it is "sovereign in its own House".

Thus, according to reports, Martin is set to push through radical change before he steps down, with the Cabinet this morning set to place the House of Commons "in the hands of independent regulators rather than the House itself."

As to future Speakers, the nature of their role will change. There will no longer be a Speaker who is in charge as chief executive. He will be procedural and ceremonial.

Even in the manner of the Speaker's resignation, we see Parliament showing its weakness rather than its strength. As my co-editor observes, this has not come about at the behest of the House of Commons as it ought to. Clearly, the prime minister has told him to go.

"Thus, the House has not managed to impose its authority even over him. This was a small test and they failed. The Speaker is still the Executive's bully boy; it's just that he is no longer useful to them."

And, with his departure, we see not the House instigating its own reforms, but the Cabinet – i.e., the Executive – using its satrap to impose changes. Thus we are to see – if this travesty goes ahead - the "mother of parliaments" deemed no longer capable of running its own affairs, its management to be vested in "independent regulators" – unelected, of course, and financed by the government. Speaker Lenthall would be turning in his grave.

However, since Parliament has largely been relegated to "procedural and ceremonial" matters, it is only appropriate that the Speaker should be allocated a similar role. But a Parliament which is no longer in charge of regulating its own affairs – and thus disempowered - can no longer lay claim to regulating the conduct of government.

In the fullness of time, I suppose, the new body – which we could call the Parliamentary Regulatory Agency Temporary (or "Offtrough" for short) – will have to be brought under the control of the about-to-be formed European Parliamentary Regulatory Agency. Clearly, under the Single Market, different rules cannot be allowed for different national parliaments.

Then the take-over will be complete, with Speaker Martin being remembered for his scorched earth policy which finally destroyed the very idea of an independent parliament in Westminster.