Looking after their own 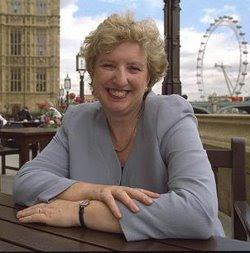 We smiled when we saw the story about Angela Browning paying £9,635 for her personal website. Yet, one London website designer with more than 10 years' experience in the industry said it should cost no more than £1,250 to set up and run. Philip Sweny, of Halpen Marketing, said: "It seems to be a very basic site."

Sweny is about right. The fee was for two-and-a-half years' service and we actually offered a package for MPs at £500 a year, including blogs, designed by North Jnr, who set up EU Referendum.

As it was, the seven-page website, which carries details of her constituency and parliamentary work, was instead designed by Parliamentary Liaison Services Ltd (PLS), run by Mark Fullbrook, the former head of campaigns at Conservative Central Office. Fullbrook works as a "communications adviser" for up to 20 Conservative MPs which, if they are all paying ten grand a throw, is a nice little earner for Fullbrook.

That number of "20 Conservative MPs" is one we recognise. It includes some of the Cornerstone mob. Some time ago, I was invited down to London (at my own expense - £150 train fare, etc, plus a day's work lost) to put a proposal to set up a group blog for them, plus individual member sites, all cross-linked. At £500 each, I thought it was an ambitious price, considering that North Jnr can set up a site for £120 and "care and maintenance" takes very little effort.

We even set up a very basic test site to show how easy it was to get up and running. Needless to say, we did not get the work. Individuals went to Mark Fullbrook instead and the Cornerstone Group runs its own blog - after a fashion.

Whether little Angela was aware of the deal, I do not know. She says she had followed guidance given to her by the fees office. "The contract for the website is to maintain and run it right up until the next election," she said. "I didn't get a second quote because I had dealt with the company before. That was the only claim I have ever made on the communications allowance."

Fullbrook insists that he has provided a good service. He said of the £9,635 charge: "We are a commercial company and we think the price was reasonable for the quality service we provided." We are so pleased for Mark, and equally impressed at the strenuous efforts made by our MPs to obtain the very best value when they spend our money.