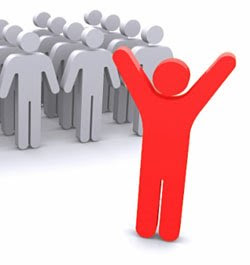 Nadine Dorries, interviewed on the BBC Today programme lifts the lid on the "expenses" crisis, telling Sarah Montague that the Additional Cost Allowance is a lump sum – not expenses, an allowance - firmly part of MPs' salaries. Further, she asserted, all the political journalists knew that, including those on the BBC, giving the current Telegraph campaign the smell of a McCarthyite witch-hunt.

Montague simply did not want to hear this, and could not wait to get rid of Dorries, but the same message as to the real status of the ACA is given by Labour MP Stephen Pound on Politics Home. He claims of the Commons fees office, "They used to ring people and say you're under-claiming this month." "In reality," he adds, "they were helping us over the cliff."

As to what both these MPs are saying, this is no more or less than what we have been stating, most recently yesterday. It is also what Booker was writing last week.

All of that makes the frenzied efforts to "reform" the expenses system as much a deception as the Telegraph's campaign which, in lovingly regaling us with the details of the expenses claims, quite deliberately misses the point. It projects a falsehood every bit as egregious as that perpetrated by the MPs.

However, as Dorries points out, the real fault lies with successive governments and their prime ministers, who have never had the courage publicly to address the issue of MPs' salaries and what they are worth. Instead, they have opted for back-door increases as a way of keeping the MPs quiet, without incurring public and media wrath.

This is also the case with the tax issue, as it was Blair's government which introduced the clause in the (then) Income Tax (Earnings and Pensions) Bill, giving MPs a free gift equivalent to £8-10,000 a year, through their tax exemptions. For sure, MPs approved the Bill but it was a government initiative that put it there in the first place.

Apart from the fact that Blair personally was a beneficiary of this change, there is a crude logic in paying MPs sub rosa. Stuffing their mouths with gold keeps them quiescent, while the underhand nature of the payments helps keep them under control. The unspoken threat of "outing" was a powerful tool in the hands of the whips, who would have been well aware of the claims individual MPs were making.

In that sense, the furore about "expenses" is entirely misplaced, and dangerously so. It obscures the greater deceptions and systemic problems, while giving the executive – with the ready agreement of opposition leaders – further opportunities to weaken parliament.

Of course, the claque does not want to hear this, lapping up the theatre and positively revelling in the lurid disclosures, offered to them daily by a media which is conspiring with the Telegraph to paint an entirely false picture. Thus, rather than the claque - which is but a parasite feeding off the media and reacting to it – making the running, it is being left to old-fashioned journalists like Camilla Cavendish and Booker to piece together the real story.

That, itself, is another story. The claque - aka political blogosphere – held out the promise of being a counter to the "spin" and deception of the MSM, looking behind the fluff to give us the "real" stories. Instead, the blogosphere is dominated by self-referential, introverted lightweights, every bit as venal and ignorant as the MSM herd, leaving – as always – just a few individuals attempting to shout above the crowd.

In what is actually, a real constitutional crisis, that has been building to a crescendo for more than thirty years as the executive has progressively neutered our parliament, the crowd is looking the wrong way.