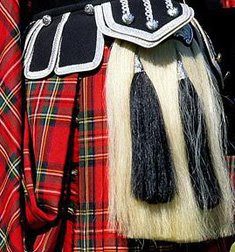 There is something a real live, hard-copy newspaper can tell you which a website or Google News cannot. That is the relative importance editors and designers (both are involved) attribute to different news items.

Thus, in The Daily Telegraph print edition today, there are three overtly EU-related stories. One, which we picked up overnight is the £60 million fraud story. The second is the EU ban on sealskin which is threatening the production of traditional sporrans. A third is a story on how "The European Union will provoke fury in Moscow when it begins an unprecedented drive to forge a new pact with former Soviet states."

In our terms, there is no question as to which story is more important. But the newspaper's view is signalled by the positioning of each in the "book". Lead story, on page 17 is the EU/Moscow story. Down page, is the EU fraud. Most prominent visually on that page is a story about how "donkey basketball" in the United States has been banned. On the other hand, the sporran story is given front-page treatment, complete with stock photograph of a sporran.

In strictly editorial terms, the newspaper is not wrong. The fate of the sporran will interest far more people than esoteric stories about EU-Kremlin relations and EU fraud is so passé as to amount to little more than an idle curiosity.

And therein lies one of the bigger problems with the print media. The order and prominence given to stories (and the amount of repetition) sends a signal over and above that conveyed by the print and pictures. It is almost a subliminal message, whereby the media is telling you what it thinks you should consider important.

The problem is even greater with the broadcast media, and again there is a powerful subliminal message being sent every time you listen to or watch a news broadcast. Unconsciously, by receiving them, you are not only imbibing information but also a "world view" – and it is almost impossible not to be influenced by it. Add to that, the equally significant problem of what they leave out, on top of the inherent distortions, inaccuracies, and you have a recipe for misinformation and ignorance.

One of the most effective antidotes is to stop reading newspapers and, most emphatically, to stop watching TV news and listening to radio news, selecting instead one's own information from as wide a range of sources as is practical. Failing that, where one – for convenience's sake, or necessity – relies on the media, the crucial thing to recognise is that these are not sources of information but misinformation.

When picking one's own news, at least we can have the luxury of being misinformed in our own individual ways.