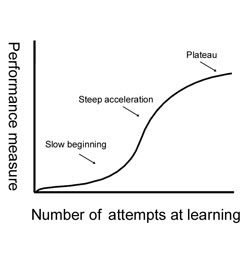 "Public outrage isn't just about expenses: it's that politicians have blithely handed over authority to the EU and quangocrats," writes Camilla Cavendish in The Times.

She continues in this vein, arguing that it is the absence of power that is an important part of public outrage. "Westminster has given up so much power - to Europe, to quangos, to judges - that people wonder what they are paying for," she says. "Half the time, a big issue comes up and politicians say it's not their responsibility."

So far so good – an intelligent journalist contributing a more thoughtful diagnosis of our present ills - although she does not really understand the "human rights" appeal on soldiers' "right to life". This, she avers, is a direct consequence of the Blair Government's rush to incorporate the European Convention on Human Rights into British law, but that is not wholly or even mainly the case.

As we pointed out, the first line of redress was parliament and it was only when constituency MPs, then the House of Commons Defence Committee and the Opposition failed to react that there was resort to the courts. This is not, as Cavendish argues, "a bonanza for lawyers" but simply lawyers filling the vacuum of power left by parliament.

The lady is also amazed by the readiness of politicians to relinquish power, but if she really understood the dynamics of government, and the realities of modern party politics, she would not be. Again, as we pointed out – some time ago, the EU succeeds (and does the quango culture) because it is convenient. On the one hand, it allows governments to by-pass the restrictive and time-consuming processes of democracy and, on the other, it relieves politicians of the tedium and sheer hard work of law-making, giving them more time to enjoy the trappings of power and indulge in their party political soap operas.

Outsourcing has the additional benefit of allowing governments and politicians both get rid of the spadework of governance, so that they can concentrate on pursuing their own personal agendas and micro-managing our lives, with ever more trivial and intrusive legislation and edicts. As long as the EU and the quangos are looking after the shop, the boys and girls can play to their hearts' content.

Once again, we drew attention to this earlier, remarking that the real conspiracy – especially in parliament – is idleness and stupidity. MPs cannot be bothered to do their real jobs, so they leave them to others. And by this means does our democracy die, to be replaced by chaos.

Thus, Cavendish only gets five out of ten for her contribution – a good effort, but she is way down the learning curve. That her piece is so remarkable for what it does offer, though, sadly illustrates how low down on the curve is the rest of the pack.