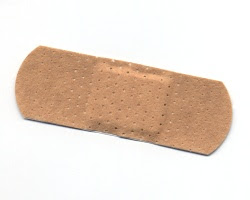 David Cameron has vowed to take action over his MPs' allowances, "following disclosures of party grandees subsidising their country estates at taxpayers' expense."

He has called in members of the shadow cabinet and asked those who have been shown to have claimed extravagantly to repay the expenses money. Tory sources said that none had "fought" the leader's request and all agreed to repay the money.

Meanwhile, what should have been on the front page, dominating the news agenda, is a report from the IED IEA on the causes of the financial crisis, trailed in the business section of The Daily Telegraph. This is accompanied by a letter from a group of leading economists, which notes that:

The prevailing view amongst the commentariat (reflected in the recent deliberations of the G20) that the financial crash of 2008 was caused by market failure is both wrong and dangerous. Government failure had a leading role in creating the conditions that led to the crash.

Actually, it is governments (plural), and amongst the detailed findings are that regulators and central bankers failed to use their considerable powers to stop risks building up in the financial system, while much of the existing banking regulation exacerbated the crisis and reduced the effectiveness of market monitoring of banks.

The letter also notes that an extension of regulation will not make a future crash less likely and then observes that, while financial institutions that have made mistakes have lost the majority of their value, regulators are being rewarded for failure by an extension of their size and powers. It further notes that evidence suggests that serious systemic problems have not arisen amongst unregulated institutions.

All this does nothing more than confirm the widely-held and well-evidenced view that the financial crisis stems primarily from regulatory failure, something we have averred many times on this blog (google "regulatory failure" in the search panel on the top left of this blog).

The question then arises as to which institution in this country is responsible for approving regulation, for conducting oversight and intevening when problems start to emerge. Under our constitution, would that happen to be Parliament?

Therein, of course, lies a profound issue. If Parliament had not largely outsourced the responsibility for making laws to unaccountable international institutions, such as the Basel II committee and the European Union, and had then kept such regulations as had been made under close scrutiny – as well as the government bodies which were entrusted with their enforcement – then perhaps the financial crisis could have been headed off at the pass.

But the crisis has acquired the characteristics of BSE (Blame Someone Else), with Parliament having walked away from acknowledging its part in the crisis – while the claqueurs prattle about "Mr Brown's regulations". However, responsibility ultimately lies with Parliament. Had MPs devoted a fraction of the effort they spent on creative accounting for their own expenses to the nation's financial affairs, they could have saved us hundreds of billions.

Such is the level of debate in this infantile country of ours, however, that prattling about penny ante sums of money, while billions pour down the drain unchecked, is seen as admirable. But, in the final analysis, we will have seen more energy, media coverage and Parliamentary time allocated to MPs' expenses than to the entire process of regulating of the financial sector.