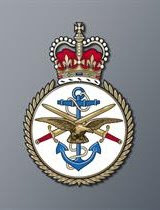 As the political claque indulge in their endless prattling, with ever-more detailed scrutiny of their own navels, the real world goes on.

In that real world, real people die because these wastrels cannot concentrate on the jobs for which they are paid, one of which is to ensure that our troops are properly equipped, fighting to a workable strategy which has half a chance of success, and that the people running the show are properly scrutinised and brought to account.

Thus we get the wages of neglect. MoD website, item 1:

It is with great sadness that the Ministry of Defence must confirm that one British soldier from 1st Battalion The Royal Gurkha Rifles and one member of 173 Provost Company, 3rd Regiment, Royal Military Police have been killed in Afghanistan.

It is with great sadness that the Ministry of Defence must confirm that a British soldier from 2nd Battalion The Rifles was killed in Helmand province yesterday evening, Thursday 7 May 2009.

It is with great sadness that the Ministry of Defence must confirm that a British soldier from The Black Watch, 3rd Battalion The Royal Regiment of Scotland, was killed as a result of a gunshot wound in Afghanistan today, Thursday 7 May 2009.

Four soldiers in one day. We have been writing for months that the situation was going belly-up … it is going belly-up. The first two were caught by a suicide bomber, in a market area of Gereshk district. Twelve civilians were killed and 32 injured as a Snatch Vixen patrol was targeted, the two killed soldiers having dismounted.

In the next incident, we have a Jackal driver killed, the sixth soldier now to be killed in this "boy racer" toy. Of the soldier shot, we are still awaiting more details. And the "fighting season" is yet to start.

Yesterday, we had an inquest into the death of Jason Barnes, the fifth and hopefully last soldier to be killed in a Vector.

Major Joe Fossey, an explosive expert from the Royal Engineers, described the front cab as "mangled beyond comprehension". "The front axle punched up and there was a buckling of metal" that had "crinkled it like a crushed Coke can". Capt Boyd described the driver's side of the vehicle a "complete mess". Cpl Barnes suffered catastrophic wounds with the front plate of his body armour blown away.

The vehicle has now been withdrawn - £100 million pissed up against the wall for a useless killer of men. And just three newspapers bother to report it, in short, down-page items. None of them tell us it was a 6kg mine. The minimum specification for a Level I MRAP is protection against 7.5kg. If the MoD had bought decent vehicles, the man would have lived.

Yet The Daily Mail report has as its headline, "MoD vows to 'learn lessons' after death of soldier ….". And the "lesson" is? The same day that the US Army rejects the International MXT, after failing the mine resistance test at the Aberdeen proving ground, the MoD orders 200 at a cost of £120 million.

The MoD is pouring money down the drain. It is spending £93,000 each on dune buggys - the US forces buy theirs for $18,000. We fly Harriers which take 60 manhours maintenance per flying hour, compared with a quarter of that for an F-15. It is planning to buy Lynx helicopters for £14 million each. The comparable US helicopter is lighter, faster, can carry more, costs less than half that amount and is available off-the-shelf. We can have our overpriced garbage in 2014.

And where the hell is Parliament in all this? Where is the political blogosphere? When the hell are these prattlers going to stop wasting their time and ours on personality politics, as Jeff Randall complains, and get down to some serious politics, scrutinising the hard issues … such as why our troops are dying in Afghanistan, with some of the military warning of worse to come?