A contrast of intellects 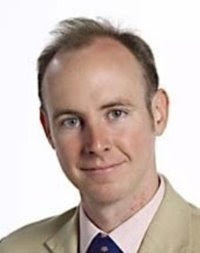 Painful though it might be, one must again applaud young Daniel Hannan for today's contribution on his clog. This is another intelligent journalist (no one ever said he wasn't bright), who is halfway towards getting the message.

Writing his own version of a manifesto for a new Speaker, Hannan has him declare:

My first act will be to convoke a Speaker's Conference on how to reassert the independence and integrity of the House of Commons. That conference will explore ways to restore the sovereignty of Parliament, by taking powers back from ministers, from quangos and from courts, domestic and foreign.

We also get from this inspired approach a further declaration, which is both perceptive and accurate:

The terrible truth is that it has become almost impossible to have an honourable career simply as a parliamentarian. As long as every backbencher aspires to become a frontbencher, this House will fail in its primary role: to act as a check on the Government.

This does Hannan's putative speaker conclude, "We shall not regain our moral authority until we first assert our political authority." He, whether in the persona of a Speaker, or as Hannan, is so completely right. This is indeed the same message which Camilla Cavendish is attempting to convey, without the precision or lucidity.

Whether such a man can be found is moot, but the idea of a Speaker leading a Commons rebellion against the executive is extremely attractive, if remote. However, since such this is not likely to happen through the "usual channels", it is as good an idea as any. One thing though, none of the so-far declared or interested candidates in any way match up to this message.

Without actually saying as much, though, Hannan is actually arguing for separation of powers, the achievement of which would take a Herculean effort, not least because it would require major primary legislation and a complete reform of the electoral system.

Furthermore, Hannan's input points up the huge gulf there is between his "radical" thinking and the received wisdom, articulated in part by his colleague Philip Johnston in the Daily Telegraph op-ed.

Argues Johnston, "The expenses crisis must not be used as an excuse to smash our system to pieces," whence the man rails against the "modernisers" who will seize this chance to push for inter alia a written constitution. "The basic structure of the system is a good one and it works," he writes, then suggesting that, "What we need now is some fine-tuning."

Oddly enough, Johnston mentions the data 1689, without mentioning The Glorious Revolution when Parliament overthrew King James II of England and assumed his powers, building the foundations of our current parliamentary democracy.

But that was the last time we had true separation of powers and, while the UK has muddled through with that less than perfect system, as executive has become bigger, more powerful and more intrusive, the counterbalancing power of parliament has been eroded, to the point now where we have reached a crisis.

Thus failing to take the obvious lesson from the history he, himself cites, Johnston then goes on to offer a series of fatuous suggestions for improvement which exemplify the incoherent "tinkering at the margins" approach. So do we get this gem:

Make all laws promulgated in Europe subject to proper scrutiny on the floor of the House of Commons and not shuffled off to a committee that hardly anyone knows exists and whose reports are hardly ever read. The impact on the sovereignty of the UK Parliament as a result of membership of the EU is at the root of many of our current problems.

The intellectual inconsistency between the first and second sentences is staggering. If Johnston thinks that, "The impact on the sovereignty of the UK Parliament as a result of membership of the EU is at the root of many of our current problems," how does he believe that "proper scrutiny" of EU laws will make any difference, when Parliament is powerless to change them?

Equally fatuous, therefore, is Johnston's suggestion that there should be a cap on the number of Bills per session, to perhaps a dozen major pieces of legislation at most. This is at a time when the domestic legislative programme has never been so thin, while the bulk of legislation affecting us all continues to pour out of Brussels. The wish is in the process of coming true, but it is not parliament that is capping the number of Bills, it is Brussels.

Adopting some, or all, of these ideas will not solve everything, concludes Johnston. Again he is wrong. They will solve nothing. Bring on Hannan's Speaker.