Above the roar of the crowd 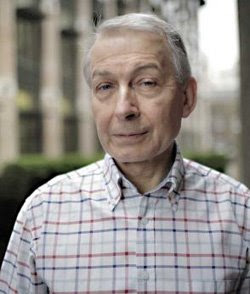 One very minor effect of this current political furore is the reinforcement of a trend that has been apparent for some time. Links to this blog from the rest of the "political" blogosphere have virtually dried up, so that most readers come to this site as "direct hits" rather than as referrals. In effect, this blog has been sent to Coventry.

Particularly noticeable is the absence of any "hits" from the self-appointed chef de claque, but also from some of the other so-called political sites, which is hardly surprising when we include in our scatter-gun critiques, some cruel observations about the rule of the claque. Yet, despite all that, our hit rate is standing up tolerably well, suggesting that we have an audience which is capable of tolerating an alternative view.

Another alternative view, which apparently also finds little favour with the chef, who somehow fails to mention it in his round-up of press comment, is a contribution in The Sunday Times from an otherwise favourite of the claqueurs - Frank Field.

In this case, however, he is telling the claque something they do not want to hear, echoing a theme which we have been pushing hard – that "Expenses are just a symptom, parliament must be remade".

Above the roar of the crowd, Field is saying that the expenses scandal is "only part of the deep-seated problem over the legitimacy of our parliamentary system." Voters, he writes, increasingly cannot see what the role and purpose of parliament is. They feel that MPs are on a different planet and no longer represent their views.

That said, Field's views about what must be done are a disappointment. Not least, he fails to address perhaps the most singular defect of the current system in that there is no proper separation of powers. We have inherited a system where members of the government are drawn from the legislature, so that there is no proper distinction between parliament and the executive.

Arguably, we need to adopt the US system, where the head of the executive – the prime minister, in this country – is elected separately and appoints his own cabinet, from outside parliament, and is held collectively and individually to account by a wholly independent parliament.

However, such considerations are not crowd-pleasers – the claque has a short memory span and an eye for triviality, making the expenses controversy the ideal subject for high moral indignation and offers of increasingly fussy detail about how the system should be "reformed", with no concern at all for the bigger picture. Their picture of a perfect democracy, it seems, is MPs posting their expenses on the internet.

Turning back to Field's views, one of the many omissions from his piece is the European Union yet, as Booker observes, part of the dynamic which has led us to our current sorry state is the process by which Parliament has allowed itself to be stripped of its powers, with much of our legislation being outsourced to Brussels.

That, of course, is a subject which the claque seriously does not want to talk about – another factor which sets us apart. With domestic politics deteriorating into low-grade soap opera, the last thing about which the theatre critics want reminding is that the object of their attention is simply a hollow sham, with much of the power drained away.

Oddly enough, one commentator who does pick this up today is Rees-Mogg, in the Mail on Sunday. He notes that there has been too little debate about the future of European policies. British voters have become preoccupied with the Westminster expenses affair and have given too little attention to the similar - and perhaps worse - scandals of Brussels, which is notorious for the inadequacy of its financial reporting systems.

In fact, as we have noted, the scams perpetrated by MEPs are far greater than those in which our MPs indulge. But the European Parliament had the foresight to devise a system where no receipts are required, so there is nothing for the media to get excited about.

Thus, we have the extraordinary situation where the biggest crooks on the block are standing for election to the euro-gravy train, representing that malign organisation in Brussels which has done more than anything to destroy our parliamentary democracy, and the whole election campaign has been submerged by a controversy about a 30-year-old system of MPs' allowances.

One might note that the system itself was introduced at the same time we joined the EEC and wonder whether it was something of a bribe to keep MPs quiet about their loss of powers. But, in any event, the current controversy certainly has the effect of keeping the claque entertained, with the bisseurs in full cry, thus keeping more substantive issues off the agenda.

In the forum, we described it as the "lightning conductor effect", diverting the attention of the crowd to where it will do least damage to the establishment. Back in Brussels, they must be purring as they see opinion polls which tell them that the European Union is now regarded as a more trustworthy organisation than the British Parliament.

How Monnet would have enjoyed that moment, seeing the final destruction of our parliamentary democracy. But his laughter would not now be heard above the roar of approval from the crowd.