Keep the politicians out of it 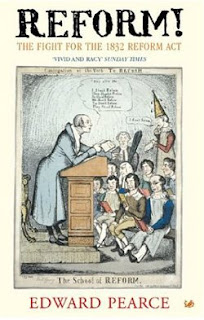 On the back of the Populus poll which brought us the current expectations on the euro-elections also come indications of support for "radical" reform of parliament.

The trouble is that was not an open-ended survey of course – not that it could have been. Instead, the company put to respondents a series of proposed reforms to the system – ones that it had identified.

These included provision for a "recall", referendums on "important issues", fixed-term parliaments, more "free votes" in parliament, a cut in the number of MPs, stopping MPs having second jobs and a fully elected House of Lords. Also proposed was a change to proportional representation.

It almost goes without saying that all proposals got a favourable reception. Seventy-seven percent went for referendums, 74 percent backed fixed-term parliaments and 73 percent wanted more free votes. Even proportional representation got 56 percent support, a small but clear majority in favour.

What precisely is the point of conducting this survey is not clear. Asking people, the majority of whom most probably have a limited grasp of how parliament works, much less of governance in general and constitutional theory, what is needed to fix a broken system, seems to have limited utility.

The whole process is akin to taking a broken-down car to the garage, to be confronted with a list of possible repairs, with the family being asked to vote on what should be done.

The great danger of this approach is that it gives spurious legitimacy to changes which will not necessarily fix the problem. With Gordon Brown also mooting changes, including proportional representation, the whole process is in danger of getting out of control.

In days gone by, before even considering changes, we would have had something like a Royal Commission, thoroughly to explore the problem and to produce a report, following which there would be widespread discussion and debate.

Whatever else, we must avoid knee-jerk reactions and quick-fix Elastoplast solutions. And, above all, the politicians – who have made the mess in the first place – must not be allowed to dictate the terms of any reforms, with or without opinion polls.