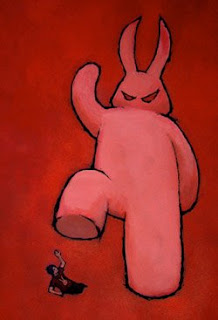 Bruno Waterfield invites us to get worked up about EU missing millions. And not only are they missing, the EU and UN have abandoned investigations into what happened to £60 million worth of funding for Kosovo, with allegation of serious fraud and corruption.

The funds for "economic reconstruction" to help rebuild a war-shattered Kosovo ten years ago were hit by at least 11 scandals involving 12 cases of alleged criminal activity and 27 examples of alleged breaches of rules on the awarding of contracts and nepotism.

The trouble is, no one is really going to get interested. There is nothing anyone can do about it. No one will be held responsible. No one is accountable. And the fact of life is that people have better things to do with their lives than rail over things over which they have no influence, the course of which they cannot change.

There lies the difference between national and EU politics. Nothing is going to change this. The only answer is that the EU has to be destroyed – before it destroys us.