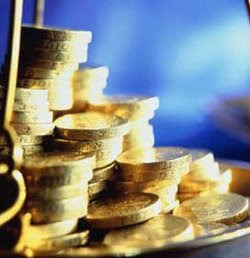 Buried in the torrent of media coverage on MPs' "expenses" was a revealing piece in The Daily Telegraph recently, on the workings of the parliamentary fees office.

The first of two pertinent observations comes in the opening to the piece, written by journalists Nick Allen and Robert Winnett. They remark that, "it has become increasingly clear that officials working in the office are often keen to help MPs maximise their claims, rather than safeguarding taxpayers' money."

Then we have Sir Alistair Graham, chairman of the committee on standards in public life from 2004 to 2007. He remarks that: "Allowances became part of the remuneration system, and officials were complicit in that".

To this, we must add the earlier observations which focus not on the officials in the fees office, but on successive governments since the 1970s. It is they that have been complicit in allowing salary increases to be disguised as "allowances", largely to avoid the public outcry attendant on overt pay rises being awarded.

The point we made earlier is that this cosy arrangement was well known to the political hacks, and is known to the Telegraph. Thus, in running its current stories, it is quite deliberately misrepresenting the covert pay rises as "expenses". That is the first deception.

But that begs the question as to why both government and MPs have not cleared up the misrepresentation and come clean about the real nature of the allowances. Therein lies the second deception.

As long as the public are focused on "expenses", the attention is on individual MPs who have been more than usually creative in supplying receipts to cover what amounted to automatic payments. Thus, the smaller number can be pilloried for "expense fraud", while the rest of the MPs escape individual censure.

However, if the allowances are identified for what they actually are – pay increases – then we are not looking at expenses fraud but tax evasion. As part of their salary, the goods and services purchased - and accommodation payments over and above a minimal subsistence rate for the days actually spent in London on parliamentary business – are treated as "benefits in kind". The monetary value of these is taxable as income.

Thus, if MPs did admit the truth about what has been going on, then all of them are complicit and all of them would now be facing substantial bills for back tax, penalty payments for tax evasion and possible prosecution.

On that basis, it is much better to let the "expenses" myth run its course, simply because – of all the unpleasant options – this is the least damaging to the entire membership of the Commons. It is very much a question of hurling a few members to the wolves, so that the rest can escape – the needs of the many outweigh the needs of the few (who, in any case, with have their generous pensions on which to rely).

There is added political advantage to this in that, by selectively focusing on the "old guard" – as seems to be happening - David Cameron has the opportunity to get rid of them and move in some of his own people.

Ironically, the plans to tighten up the "expenses" system is merely perpetuating the current charade. The surviving MPs will be more than willing to accept more rigorous controls as the price for escaping massive tax bills.

Moreover, by this means, they also escape the shame that goes with the admission that, effectively, the vast majority of MPs were complicit in systematic tax evasion. That also avoids the need to justify to their constituents a situation whereby they have granted themselves tax immunity, while benefiting from a system that hounds the ordinary public for every last penny.

Alternatively, you can make a report online. "HMRC is committed to targeting tax evasion," the site tells us. "We know some people don't pay their fair share of tax, which is unfair on the rest of us. Now you can help us do something about it."

UPDATE: I understand there have been so many reports already that HMRC is about to set up a special hotline to report MPs.