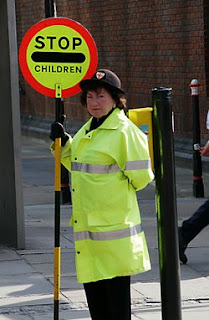 Irena M Milloy, writing in The Daily Telegraph letters, asks: "How much overdue, essential equipment, the lack of which places our troops on active service in an even more vulnerable position, could be bought with the misappropriated claims money?"

Such a deceptively simple question deserves an answer, and that is "very little indeed". With 646 MPs claiming ACA, even if you took the view that the total sum paid is "misappropriated" – a proposition that is patently absurd – then we are talking about a "mere" £14 million. That would buy you less than one fifth of a Eurofighter – perhaps the price of one wing.

With the announcement yesterday of a commitment to buy Tranche 3, that is a particularly apposite comparison which highlights some interesting anomalies. The announcement from Gordon Brown was not made to Parliament. As far as I can make out, it was made public via a press release and currently is not even on the No 10 website.

On the other hand, this decision also clears the way for the Germans to buy their share of the Tranche, amounting to 41 aircraft. But, before the federal government can go ahead, it must first gain approval from its parliament.

Thus, we have a situation where a billion-pound commitment is made by our government and the announcement is not even made in Parliament. The only opportunity for MPs to discuss the issue is on 4 June, at the next defence debate, when there will not even be a vote.

On the other hand, yesterday we also had the NAO report, which picked up the Vector debacle, which has cost the taxpayer £100 million – a purchasing decision which also went ahead without the approval of parliament and, so far, without criticisms from MPs on the defence committee.

And so does history repeat itself. Yesterday we also had the publication of the government's response to the Defence Committee's report on defence equipment. There, we are reminded of the protected vehicle package 29 October 2008, which was "approved" at £628 million.

Here, the use of the word "approved" is more than interesting. The approval came from the Treasury. Parliament was not even consulted – unlike the German parliament, its approval was neither requested nor needed. Instead, in respect of a highly contentious (and flawed) re-equipment package, we get from the "mother of parliaments", this, wet, pathetic little statement:

We welcome the announcement on that a substantial number of protected vehicles are to be procured as Urgent Operational Requirements. The protection of our Service Personnel against continuously evolving threats must be the top priority. In its response to our Report, we expect the MoD to provide us with an update on its progress in acquiring these new vehicles and a breakdown of the procurement costs, including details of how much is to be funded from the MoD's budget. We also expect the MoD to provide us with details of which of the vehicles are expected to provide "longer-term benefit" beyond the current operations in Afghanistan and Iraq.

From the government, in response, we get:

The Protected Mobility package includes measures which will enable us to field Panther; upgrade Snatch; procure further Jackal vehicles; and deliver new well-protected logistics vehicles, to be called Tactical Support Vehicles (TSVs): Light (Coyote), Medium (Husky) and Heavy (Wolfhound). In the longer term, but as part of the same package, we are replacing the successful Viking vehicle with a better protected alternative (Warthog).

Thus we have a select committee now welcoming a package that includes the Husky, a vehicle which, as we reported, failed its mine protection test, the news of which leaked out on the same day the MoD decided to buy the vehicle.

As to the reference to "replacing the successful Viking vehicle with a better protected alternative (Warthog)," this, in technical terms, is what is known as "taking the p*ss". Only today we learn that another soldier has been killed in a Viking, bringing, according to our reckoning, the number killed in this machine to seven.

To make the assertion that the vehicle is "successful", therefore, is to defy logic and experience, yet such is its contempt for Parliament – and the weakness of the committee – that the MoD feels it can get away with such ludicrous falsehoods unchallenged, which has indeed been the case.

In a few examples, therefore, is exposed the weakness of parliament. These are issues which it could address, but it does not and will not. Instead, we are in a situation where – or so it seems – that the main function of Parliament is to discuss … the expenses of parliament.

That, in military terms, is a "self-licking lollipop" – an organisation which no longer has a reason for existing. A lollipop lady has more use, and is a damn sight cheaper. Perhaps Mr Arbuthnot needs to spend more time with his swimming pool.