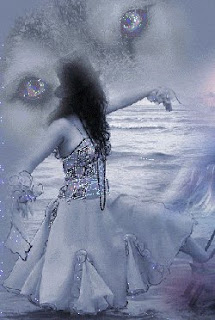 If ever proof were needed that the media has regressed into a second childhood, the leader in The Daily Telegraph on the resignation of Speaker Martin provides all you could ever want.

That resignation, opines the newspaper, "marks the latest stage of a very British revolution", using this plank to launch into a thesis of stunning naïvity. "Over the past 12 years," it tells us:

… we have seen a Government with an overwhelming parliamentary majority turn the Commons into a cipher for often perverse decisions. It has burdened the Commons and the country with pointless and even dangerous legislation. People feel their political representatives are aloof and arrogant. Now, in addition, they think they are venal, too.

We have all put up with this for far too long, the paper adds. The public has now decided it is time for change: its fury has forced apologies, repayments, suspensions and resignations; constituency parties are threatening deselections; MPs are voluntarily deciding to stand down; the Speaker has been forced out, for the first time in 300 years.

From there, the piece appears to lift, as we get treated to a diagnosis of the broader problems:

That system now lies broken and demoralised. With its sovereignty already dissipated by the power of the European Union, the role of the House in scrutinising legislation has been further undermined by the placing of time limits on all debates; the hours it sits have shrunk, the chamber is often virtually empty, and MPs routinely fail to articulate the concerns and aspirations of the people who elect them. Westminster has sunk into a slough of despond. The dwindling turnout at successive elections is testament to what the country thinks of the system. Mr Martin, as Speaker, has presided over this sorry shambles.

Then, however, it begins to unravel. We get told that the "expenses crisis is symptomatic of his failure and" – only then - "of the wider malaise that has beset the institution." From there, the paper then asserts that, "the resignation of the Speaker is … still not enough," a sentiment with which we would heartily agree.

But it is the payoff which destroys the whole argument: "Once the new Speaker is installed," says the paper, "a general election should follow soon after… With a new start, the institution can be refreshed. That is the British way and it is still a good one."

The two false turns are, of course, clearly evident. Firstly, the paper takes as its starting point 12 years ago – after which all problems supposedly appeared. As so often, therefore, history begins in 1997. Before that was perfection. Yet, by the paper's own reckoning, at least one of the problems is the "sovereignty … dissipated by the power of the European Union" – an issue which arose slightly before 1997.

Secondly, by then ignoring or underplaying the corrosive role of this development, the paper is able to suggests that, somehow, with a general election, we can happily ride off into the sunlit uplands as the institution is "refreshed". This, in the context, is complete and utter tosh. As long as we have the malign influence of the EU, undermining the very core of our legislature, an election – and new administration – is going to have no effect whatsoever.

But there is an even greater defect in this piece, in that it ignores yesterday's proposal by Gordon Brown to reform the expenses system and cut the powers of the Speaker. We mentioned this briefly and the plan is given fuller treatment in The Times, noting that this is to end "centuries of self-regulation by MPs".

Such an assertion is a complete distortion, in that such self-regulation has never existed (in theory at least). The ultimate regulator is the electorate, to whom MPs are answerable. Now, it is a matter of concern that the mechanisms for accountability were never perfect and have weakened considerably, but the answer surely is to strengthen them.

We have offered such a scheme, which is published here, on top of which we would like to see provision for "none of the above" on the ballot paper, with an election declared void if the NOTR votes exceed that of the highest-scoring candidate. Such measures would strengthen the hand of the voter and improve democratic accountability.

Instead, we have on offer, an essentially statist plan which weakens the power and authority of parliament as an institution and makes MPs answerable to the unelected officials of a new, bureaucratic quango – thereby also weakening the links between MPs and their constituents.

Rather than seeing the institution "refreshed", therefore, we are likely to exactly the opposite. That so-called "right-wing" newspapers like The Daily Telegraph are not ripping into this proposal, as well as addressing the more fundamental problems, is a clear sign that the media is playing fantasy politics. They have no real idea of what is wrong and no ideas of how to fix them.