Lost in the beauty contest 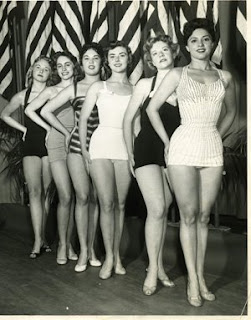 Gritting one's teeth at the prospect of having to write something complimentary about Daniel Hannan, one has to say that he has got it in one. Rightly, he slams Brown's proposals for the "reform" of Parliament, for the statist solution that they are, condemning them for making matters far worse.

There! I've done it. And it wasn't that painful. (Short intermission, while I unlock my jaw and prise my teeth apart.)

Another man who has got it right is the Earl of Balfour, writing in the letters column of The Daily Telegraph. His letter demands the widest possible circulation:

The power to shock of your paper's well-judged revelations about MPs' boundless expenses and property speculation does not diminish, but perhaps it is time to consider whether part of Westminster's problem is that MPs no longer have enough power over, or interest in, their citizens' affairs.

Retired MPs say that the lot of a backbencher these days is very dull and powerless.

So much legislation comes from Brussels and bypasses Parliament altogether, and this has been exacerbated by the wholesale politicisation of the Civil Service since 1997.

MPs cannot, therefore, identify with such legislation in terms of origination or of responsibility for its consequences.

Unless the rubber-stamping of European Union legislation and the partiality of the Civil Service are rolled back, the way in which Parliament is perceived by voters may become irreparable.

Actually, it is not just the retired MPs. Exchanging e-mails with one prominent backbencher recently, I got the startling comment, "I have never felt so depressed and impotent because I cannot do anything to change the situation."

That is from the heart of Westminster and the writer is not alone. And it is only human nature that, when you have spent years banging your head against a brick wall, you eventually give up. That is the response to the dynamic the Earl Balfour has identified.

The European Union, of course, is not the whole problem, but it is the worm in the apple which has spoilt the fruit. The remainder is, like the curate's egg, "good in parts" but the insidious, poisonous worm renders the whole thing uneatable.

The great danger now is that the claque rushes in to turn a constitutional crisis (and that it is – one which has been a long time in coming) into a beauty contest for a new speaker, the greater issues being subsumed by the idle prattle, as the merits (or demerits) of the individual candidates are endlessly churned over.

Never more has it been more important to focus on the essential point that the "expenses" controversy is a symptom not the cause of the problem. At the heart of this stinking affair is the erosion of democracy and the very great danger is that – as Hannan points out – that the "cure" will make the disease worse.

Here, it is alarming to see the main opposition leaders rush in to endorse Brown's proposals "in principle", demonstrating that neither are true democrats. Rather, they are statists to the core. They exhibit the typical malaise of our ruling classes, seeing the answers to all problems as more and tighter regulation. In this, they share the mindset of the European Union and it is therefore no surprise that both so fully endorse the "project".

But one's heart sinks ever further to see idiots savant like Peter Kellner prattle on about the "slow but steady evolution of our democratic rights" when those rights are under unprecedented attack, and fools like him cannot even acknowledge the threat.

The worst of it is, however, is that the claquers will probably get their way, with their love of personality politics, and wreck any chance of a serious debate, as they focus on the coming beauty contest. Thus does our democracy dribble down the pan, lost in the torrent of trivia and stupidity that drives what passes for political discourse.