Looking in the mirror 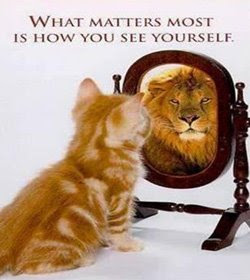 There will be a defence debate on Thursday in the House. MPs will hear some interesting news which will signal another shift towards realigning defence policy, closer to meet the needs of current operations, rather than feeding the industrial-military complex and the ambitions of the military for its "future wars".

The Commons chamber will be almost empty. Most of the very few MPs who will attend will not understand what they are being told. Others will misunderstand it – some deliberately. Others, of those that speak, will waffle aimlessly, delivering a variation of their stock speech used for every defence debate.

Yet this will have been the opportunity of MPs to get to grips with a crucial aspect of government policy. It will largely be wasted, but not entirely so. Of one thing we can be assured though - the debate will scarcely be reported.

If anything does escape into the wider public domain, it will probably be a pre-packaged sound bite, carefully constructed by its author with the specific intention of seeing it in print the next day. More thoughtful and relevant contributions will be ignored.

One of the issues that may be discussed is the Jackal. Today we learn of the deaths of yet another two soldiers. They were part of the Brigade Reconnaissance Force, operating near Musa Qala. This almost certainly means they were in Jackals, bringing to eight the number killed in this vehicle. We will be writing in more detail about this later on DOTR.

There are many pros and cons to this vehicle – more cons than pros, we would aver. Its utility, therefore, is highly debatable.

Yet, what will happen on Thursday is the meat and drink of politics. The fact that it will largely be ignored and poorly attended speaks volumes about politicians, the media and the nature of Parliament. Away from the headlines, unrecognised, this is where politics is going wrong. It is not doing the bread and butter work at all well and, even when it attempts to do so, the work is not recognised by the baying crowd.

If we want MPs to represent us well, therefore, it seems to me that we must look to ourselves as much as to Westminster. If we don't care what they do, why should they? And if then soldiers die in useless vehicles, for want of robust intervention by Parliament, with all its powers and resources, are we not at least partly to blame?

Thus, if our political system is failing, perhaps – in addition to everything else – we should have a quick look in the mirror.