The need for change 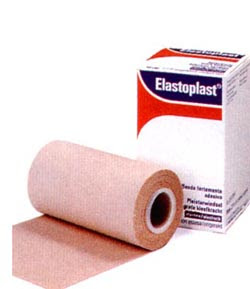 "Expenses scandal could be reform catalyst" headlines The Scotsman today, which then goes on to catalogue, in brief, some of the proposals offered by mainstream political leaders – thereby contradicting its own headline. Reform is not on the agenda – all we are going to get are industrial quantities of Elastoplast.

One recurrent theme in the extruded verbal material pouring from the lips of our leaders and much of the commentariat is the recognition that the select committee system is not performing as well as it might – if at all. This is an issue we have rehearsed endlessly, not least here. It is one, the importance of which cannot be overstated – a properly working parliamentary committee system is the engine-room of democracy, the main mechanism by which the executive is brought to account.

Rather than offer any serious analysis of where the system is going wrong, however, all we are getting is lip-service, with the emphasis a single element, the way committee chairmen are selected.

Primarily, this is in the gift of the whips, which means that they combine to ensure that each committee – by and large – is in a "safe pair of hands", and will never do any serious damage to the executive. For sure, it is occasionally allowed to indulge in a bit of theatre, but nothing of any lasting significance has ever emerged from the entire system.

Thus, what we are hearing is that the procedures for appointing chairmen should be changed, with the choice left to the MPs themselves, who will in theory appoint robust chairmen and reinvigorate the system.

Certainly, this is a change which needs to be made. The choice of James Arbuthnot as chairman of the Defence Committee, for instance, was inspired. Although he is a Tory grandee – and therefore, potentially, a stern critic of government policy – he was in the Major administration the defence procurement minister.

In that role, Arbuthnot presided over some spectacular procurement failures, not least the Chinook debacle and the Phoenix disaster, plus many more. As such, the man is hopelessly compromised, and therefore not in a position to throw stones at the government from his extremely vulnerable glass house.

Nevertheless, if changes to the selection procedures are all that are on offer, then this is indeed sticking plaster territory. And it will be largely ineffective. Even if the whips are deprived of a way of directly imposing their choices, they will find a way, through the "usual channels" to influence the selection of chairmen and ensure that the committees are neutered. Such a change does not affect the inherent defects in the system. At the heart of that system is the same defect which afflicts Parliament as a whole – the lack of separation of powers.

This is manifest in the select committee structures in a very simple but insidious way. Basically, because the Commons is the primary recruitment pool for government, with ambitious MPs seeking to climb up the greasy pole to ministerial rank, the committees become a "nursery" for potential ministers. Those that serve their time and acquit themselves well on the committees (i.e., do not rock the boat and follow the party line) get "noticed" by the whips and are marked down for preferment.

Thus, there is no premium on long-service within the committee structure. MPs join committees not for their own sake, in fulfilment of their primary role of holding the executive to account, but as a stepping-stone towards a career in government. There is no career structure within the committee system, no glory for a mere member, and thus no place for independently-minded members who stay the course and build up the knowledge and experience needed to do the job.

This is, of course not the only problem, but it is the main one. Only when Parliament once again sees its main role as bringing the executive to account, and the committees are thus able to attract the brightest and the best, with the system cease to become a backwater and occupy what should be the central role in parliamentary proceedings. And that can only come with the separation of powers.

Th need for that separation has attracted powerful support. In The Scotsman article is quoted Dr David Starkey. In a recent BBC interview, he said the House of Commons was "rotten" and should be drastically remodelled, perhaps along American lines. He proposed an elected House of Lords, a directly elected prime minister and a Cabinet that would sit separately from Parliament. "It is not the case of putting a horrid Humpty Dumpty together again. Instead we need fundamental constitutional change," he concluded. 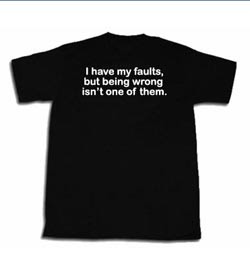 He is right. This is not a time for sticking plasters. We do need fundamental change, without which we are going to see no significant improvements in our broken system. But, it is a reflection of the inadequacy of our political discourse, and the superficiality of the "crowd", that Starkey's views have gained no more political traction than those on this blog, which continues to celebrate a slow decline in its hit rate, to levels not seen for three years.

That, inevitably, is our fault – for not pandering to the crowd, telling it what it wants to hear. But, while we have many faults, being wrong is not one of them – on this, at least. We take some comfort though in the words and wisdom of Mark Twain. "Whenever you find that you are on the side of the majority, it is time to pause and reflect," he said. At least we don't have that problem.