Because I'm worth it! 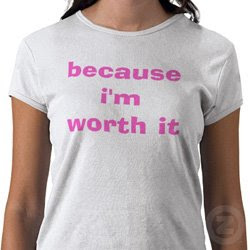 David Aaaronovitch, possibly more out of badness than anything else, chooses to quote Macaulay in his column in The Times.

"We know no spectacle so ridiculous as the British public in one of its periodical fits of morality," wrote the great historian. "We read the scandal, talk about it for a day, and forget it," he added, "But once in six or seven years our virtue becomes outrageous."

If, however, the MPs are so very wrong in claiming their allowances to the full, then is paying back some of money, against some of the more ludicrous claims, really going to assuage public outrage?

And what message does it send when a certain party leader convenes an emergency meeting of his parliamentary party over this affair, yet did not even call for a routine debate when the banking crisis broke?

Worse still, as the party apparatchiks compete with each other to impose draconian and restrictive schemes to control MPs' expenses, what sort of a message to they think they are sending? These men and women whom we are supposed to trust to make our laws, scrutinise government and then vet and approve its multi-billion pound budget, cannot be trusted with the petty cash?

In this, though, we are seeing the classic regulatory mindset. When a problem emerges, the response is to create another set of rules and – these days – a body to enforce them. Thus we end up with our MPs emasculated, no more than weak little clones obediently, as we wrote earlier, lining up in front of the form monitors for their weekly pocket money.

By way of an alternative, what we need is a leap of imagination. If, in effect, the constituency voters are the nominal "employers" of their MPs, why do we not have a system where there is a maximum lump sum set, from which MPs can draw salaries and expenses, allowing them to set their own rate?

Prospective candidates, during election campaigns, can then publish the salary and the level of expenses they would draw down if elected, making the figures part of their personal manifestos. Thus, one candidate might pitch a low figure, another one much higher, leaving the another candidate to argue that they will take more "because I'm worth it".

The interesting thing is that, through the course of this "periodical fit of morality," we have had a procession of MPs telling us that they were entitled to the money because the rules allowed it, but – unless I have missed something – not once have I heard those words, "because I'm worth it".

Who is going to be the first MP brave enough to wear the tee-shirt?