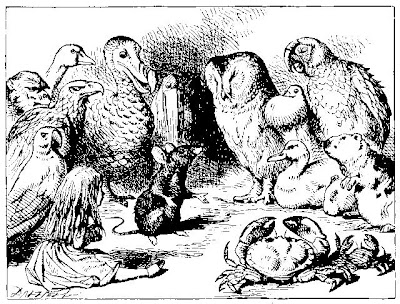 No this is not a posting about Kipling's great poem (that would not belong to this blog) but a short musing on the Conservative Party's change of heart (if there is, indeed, a change) over governance and, in particular, the European issue.

In preparation to the debate on the BBC I thought I had better glance through the Boy-King's speech about which the boss has blogged several times. (In particular, here.) On the whole, I avoid politicians' speeches, on the grounds that they rarely say anything of interest and are, in any case, written by a team of talented speech writers. (No, not Daniel Hannan or Douglas Carswell, as ConHome pointed out.)

My first reaction was that it was not too bad a speech for the Boy-King, though the routine attack on bankers was tiresome. No, they did not break the economy - that was the governments, both in Brussels and nearer home - and they pay a very high level of taxes on their salary, bonuses and benefits in kind. Can Mr Cameron say the same about himself and his colleagues?

Nor am I too impressed by the crocodile tear shed over the fact that people now see the state for the enemy that it is and not an ally. Historically, the state was seen as the enemy by the English (and the Scots and the Welsh, and let's not even talk about the Irish in that respect). The fact that there was a relatively short blip from, roughly speaking, the 1820s to, again roughly speaking, the 1930s during which Britain, almost uniquely, had good governance, that is light but ever-growing governance is irrelevant. The surprising thing that it has taken this long for people to shake off the ideas they acquired in the space of just one century.

Most of the rest of the speech is blather. But if he really means what he says about the need for "massive, sweeping, radical redistribution of power"; if he really means that we need to take back power from Brussels (method, as usual unspecified); if the Conservative Party is really going to put the idea of returning power to the people and making government once more accountable by restoring it to these shores then we need to ask what is the motivation here.

Well, of course, we all know the answer. There is only one thing that motivates politicians and that is fear of losing votes. The Conservatives are rightly worried about those eurosceptic votes that they thought belonged to them. These may well go somewhere else next week with far fewer Tory members in the Toy Parliament than expected.

So, we can conclude that support for those small parties does work, no matter what the Tory boys and girls tell us: it puts pressure on the party to change its policies. Of course, we do not know yet whether the Boy-King's pronouncements will find their way into specific policies but there is only one way of making sure they do: keep the pressure on them. It really can work.

Which reminds me, ToryBoy blog has also alerted everyone to another pronouncement by the ineffable John Redwood. I am grateful to Jonathan Isaby because I do not consider the man's self-promoting blog essential reading.

In a posting, entitled "Power to the People" (dear, oh dear - that was cool aeons ago) John Redwood informs his readers that he has already outlined what the next Conservative government will have to do to reclaim power from Brussels.

Easy - don't give away any more vetoes and take some back.

Restoring the veto for future laws is no longer sufficient, as too many laws of a kind we do not want have been passed already. A renegotiation for powers back has to encompass the right to remove EU laws we do not like in areas where the veto has been restored.

Two big areas of spending are fishing and agriculture. Neither of these policies have worked well. We need our own control of our fishing grounds, as I have often argued. We need agricultural reform, which should include more being done nationally and locally.

And we are going to do this how?