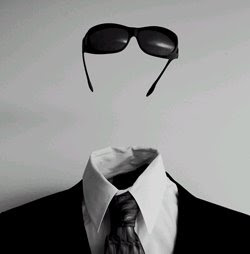 As the euro-elections come closer, The Economist has devoted an article to noticing that "Europe is invisible" in the campaign – telling us that it "shouldn't be".

As to the invisibility, that certainly is the case. The campaign literature from the main parties scarcely mentions the EU, while a Conservative Party circular letter tells us that the election "gives us an opportunity to send a message to this government, loud and clear: it's time for you to go". Media interest is minimal and the claque obstinately focuses on the domestic political scene.

However, in an article apparently devoted to this phenomenon of invisibility, the magazine offers little by way of explanation for it. The tide of European integration has slowed in recent years, leaving Britain with less to get worked up about. Also, Tony Blair was constantly talking up the EU while Brown has rarely shown the same zeal, and is anyway preoccupied with fighting a recession.

That's it. That is all we get on this bizarre situation, the magazine being more concerned with telling us why we should be interested in "Europe" than exploring why we are not.

Not least of the reasons why we should be interested – although not mentioned by the Economist - is a recent research which tells us that regulation generated by the EU has cost businesses across a total of €1 trillion in the last 11 years - equivalent to 12 percent of the gross domestic product.

That 12 percent figure is not exactly new, first reported in November 2004 and reinvented by Open Europe in February of this year. But what is intriguing about this current report is the view of one of its authors, Professor Francis Chittenden, who declares that EU regulations are largely driven by political motives, with little assessment of the impact they will have on businesses and the economy.

This, of course, is a theme which we have been plugging ever since we started this blog – and before. The primary purpose of EU regulation is not regulation, per se. It is a mechanism for promoting economic integration, from which political integration follows, the embodiment of the "Monnet method", relying on engrenage and latterly the "beneficial crisis" to drive the agenda forward.

David Frost, director-general of the British Chambers of Commerce (BCC), calls for this "massive burden of regulation on business" to be reduced, but he is whistling in the wind. The EU cannot and will not reduce regulation – it is its very raison d'être.

If EU politics was normal politics, on the national model, there could be change. Parliamentarians – in theory at least – could demand it and MPs holding themselves up for election with ambitions of forming a government could pledge change in their manifesto. But in the euros, there are no manifestos because the right of initiative is the prerogative of the EU commission. All the MEPs can do is conform with the "working programme" set by the commission, their power confined to making tweaks round the edges.

That is another of the reasons why the euro-elections are unreal. They don't matter because MEPs don't matter. They are a supreme irrelevance, serving as the gloss on a fundamentally anti-democratic system, there to give it the appearance of legitimacy.

The trouble is that, as the EU takes over more and more powers, and thus expands its legislative range, it also marginalises our own Westminster MPs. They also become irrelevant, thus ending up filling their idle hours with increasingly inventive schemes for self-enrichment.

And that is a true measure of the decay in our system. Collectively, in the last three weeks, both the politicians and media will have devoted far more time and energy to discussing parliamentary expenses than they have given to the EU in the last three years. That, however, leaves a huge vacuum and, in the way of things, if the politicians do not address it, others will.